Visiting Glasgow has always been a real treat for me, even as a child it was always my city of choice for a day out but with so much to see a day (or even two) just isn’t enough time to explore Scotland’s largest city. I am lucky that I’ve got some great friends in Glasgow who are exceptional hosts and guides, so I don’t have to do much research in advance, I simply rock up and follow their advice to make the most of my 24 hours in Glasgow.

My intention was to go to Rose & Grants to check out the much raved about vegan square sausage but I didn’t get my shit together in time so had to skip the sausage and go straight out to meet my good friend Ruth for a coffee. 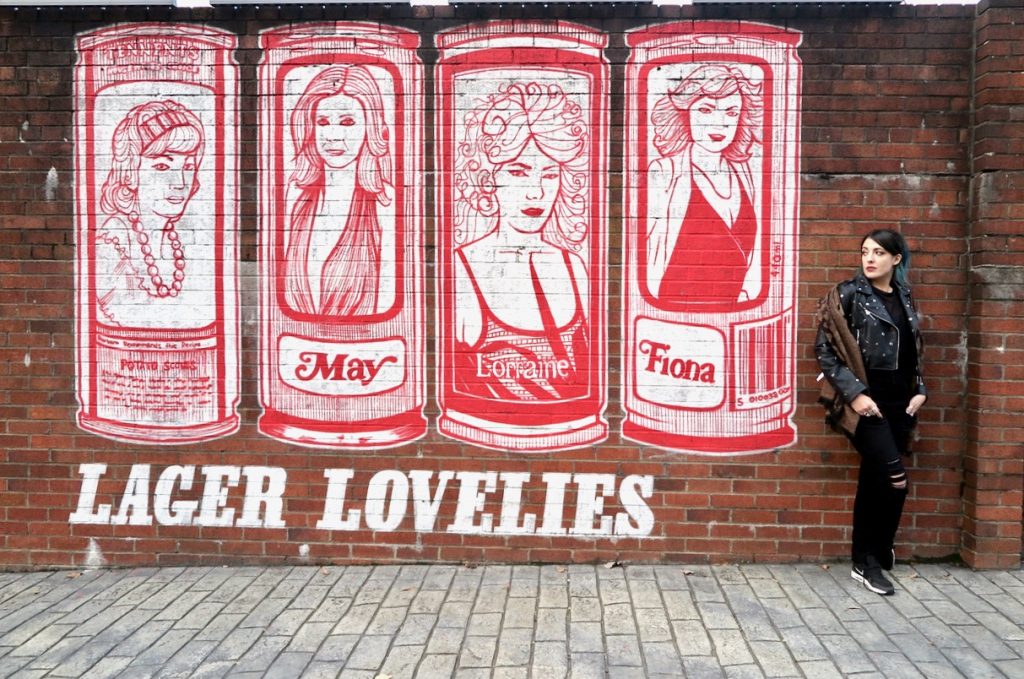 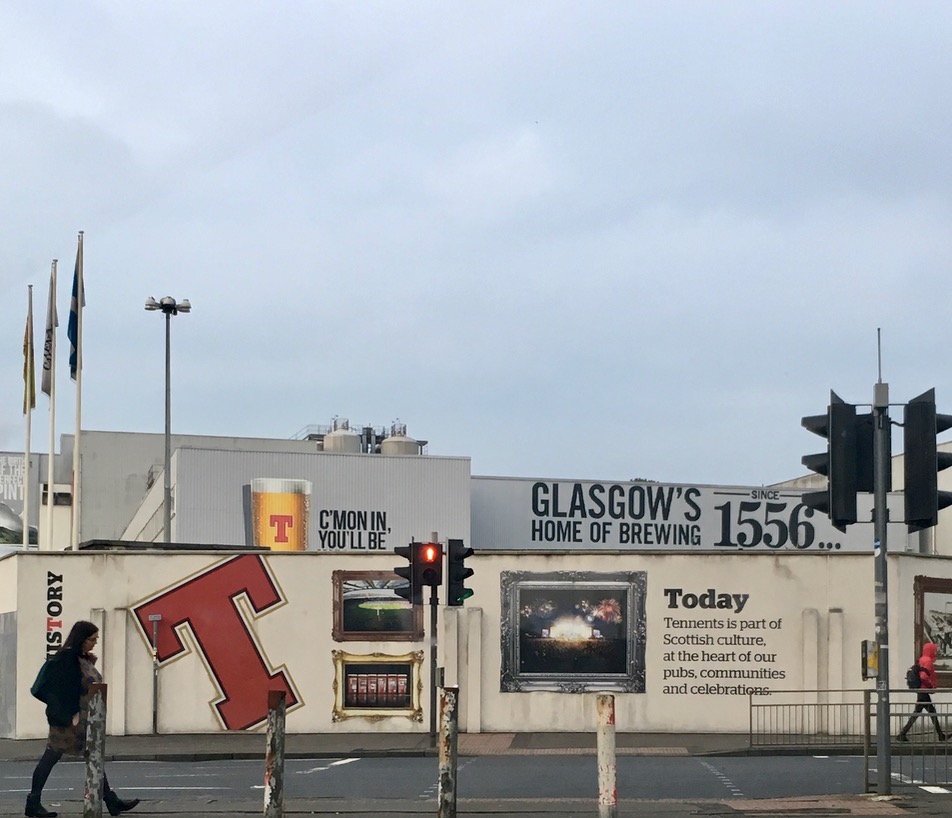 Passing by The Tennents brewery I knew was undoubtedly in Scotland. I love this small stretch of the city joining the once notorious East to the city centre with beer and art. 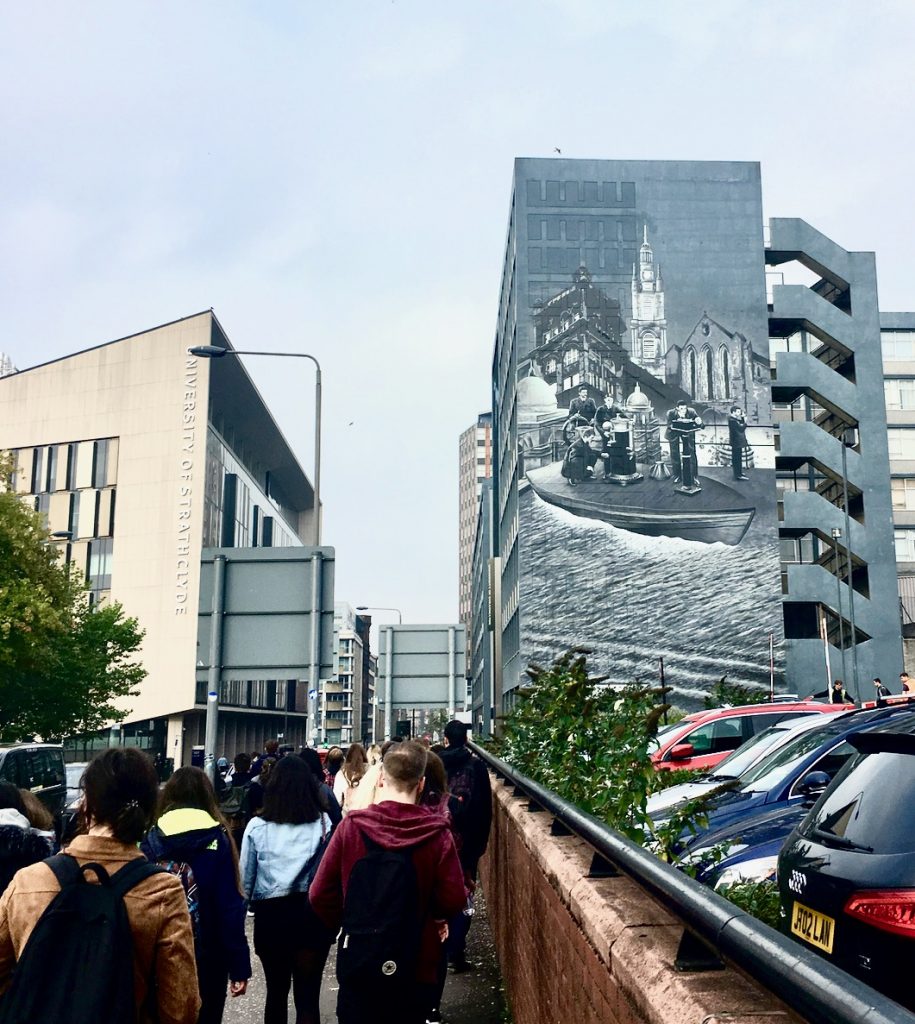 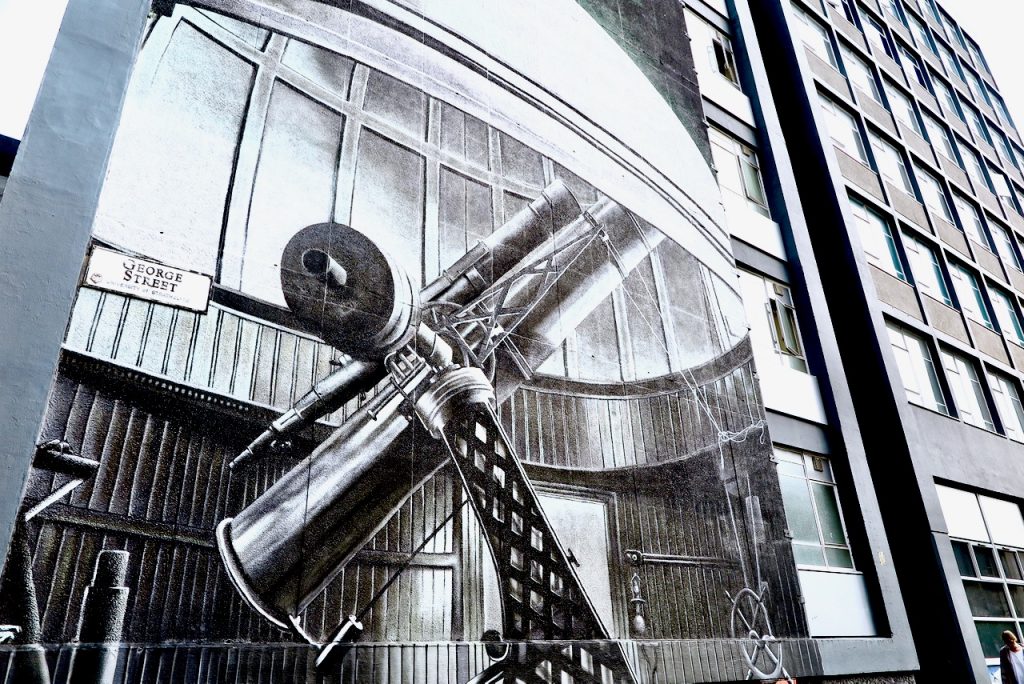 Further on my walk I ended up in amongst a gaggle of new students chattering away excitedly as I passed Strathclyde Uni, which made me feel old. Getting out of there quickly before someone mistook me for a chaperone, I crossed over George Square smiling at the giant People Make Glasgow building. 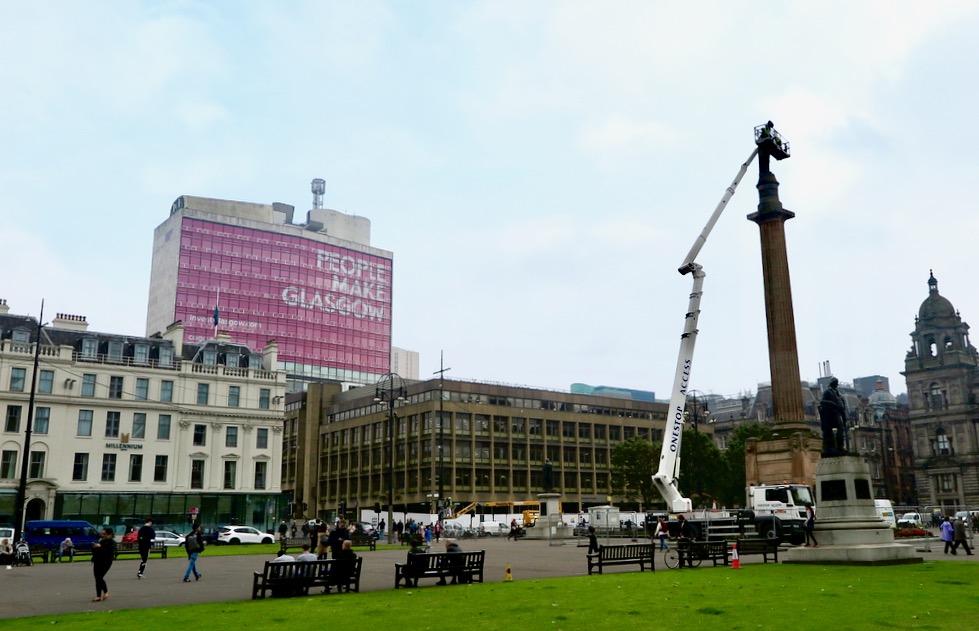 Finally, I made my way to tiny coffee shop RiverHill where I picked Ruth’s brain about selling online. She’s had her awesome card business XOXO for a while now and was more than happy to share her knowledge. I feel so lucky to have such successful and supportive women in my life who are always there for a chat and encouragement.

Later, Nic – my other friend and creative business owner – joined us for a delicious coffee and we continued the conversation. I had an oat milk latte which was sweet and delicious but I really wish I had been hungry enough to try out the freshly made sandwiches and cakes, which looked incredible. As lunch time came around, the tiny café began to fill up so we vacated our bench, making space for hungry punters. 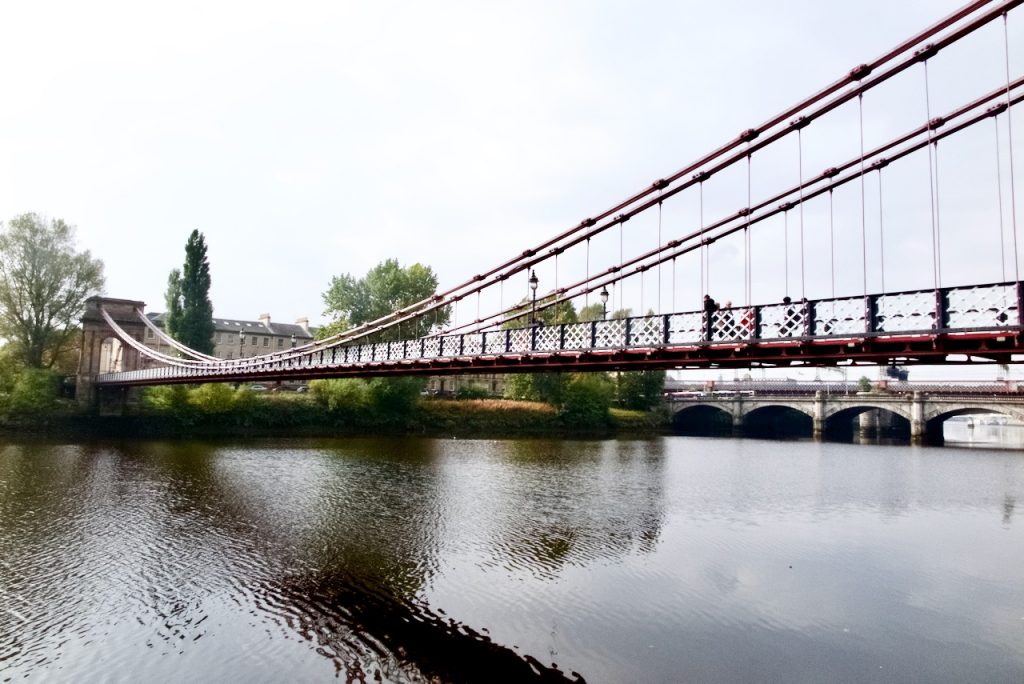 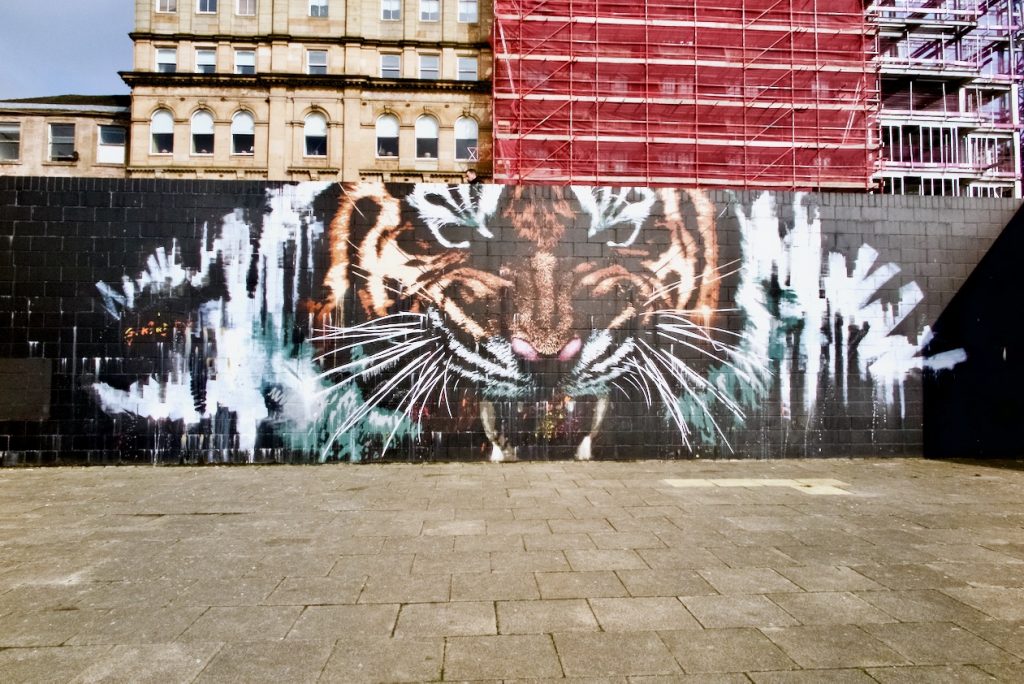 Saying goodbye to Ruth, Nic kindly offered to help me find some of the murals I had seen online. Glasgow City Council has a  Mural Trail on their website which is such a great resource and I wish other local governments would take note and celebrate creativity. 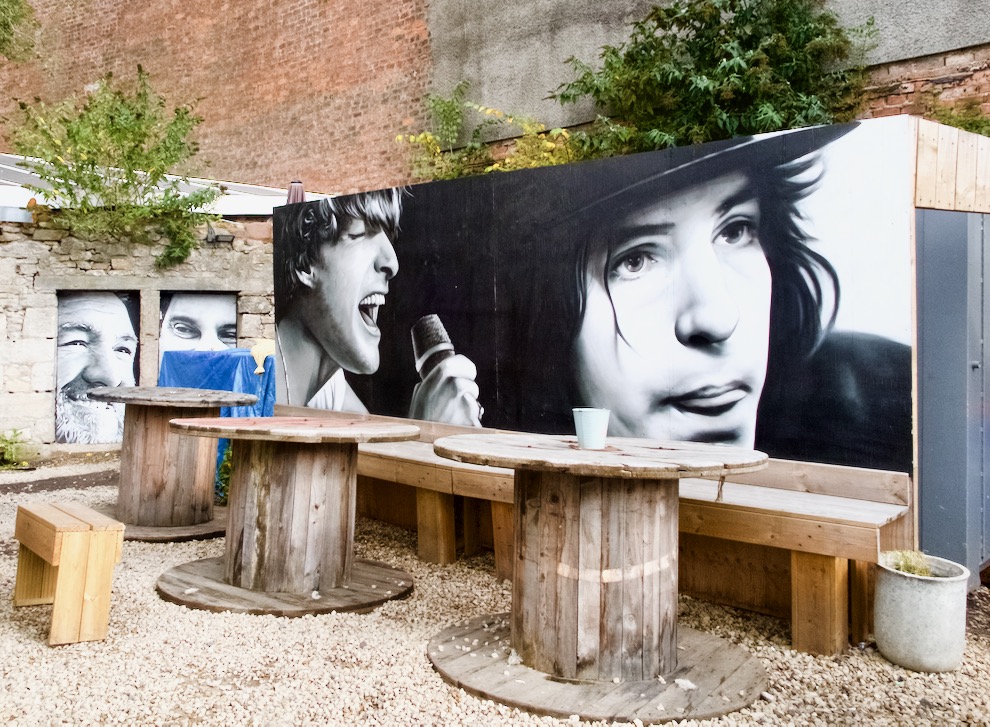 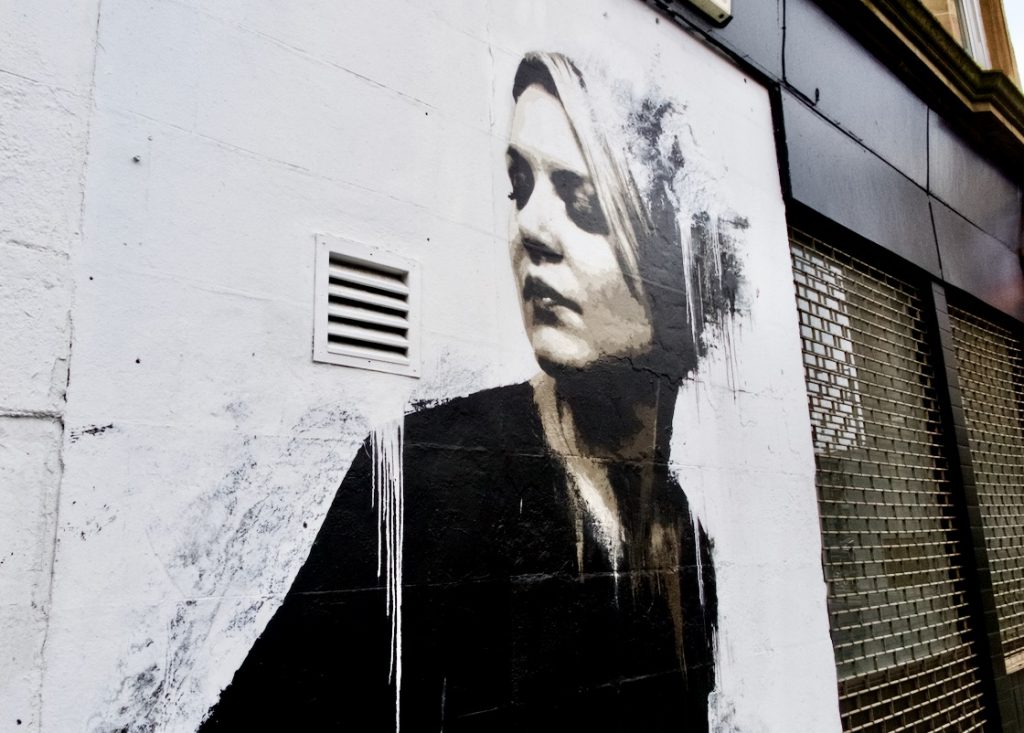 Walking around taking in the incredible large scale pieces of art we worked up an appetite, so next stop was Mono – a low key vegan restaurant with a record shop inside. Having a full menu to choose from is so rare for me that I always find it intimating, so I copied Nic and went for the Jackfruit burrito (but as a salad) which was a semi healthy, but completely delicious lunch. 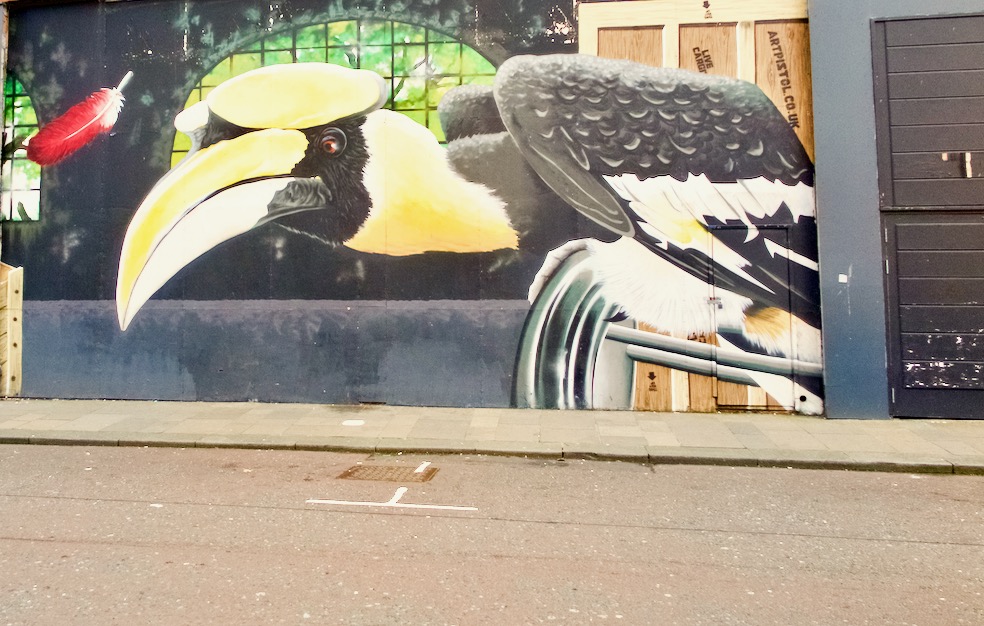 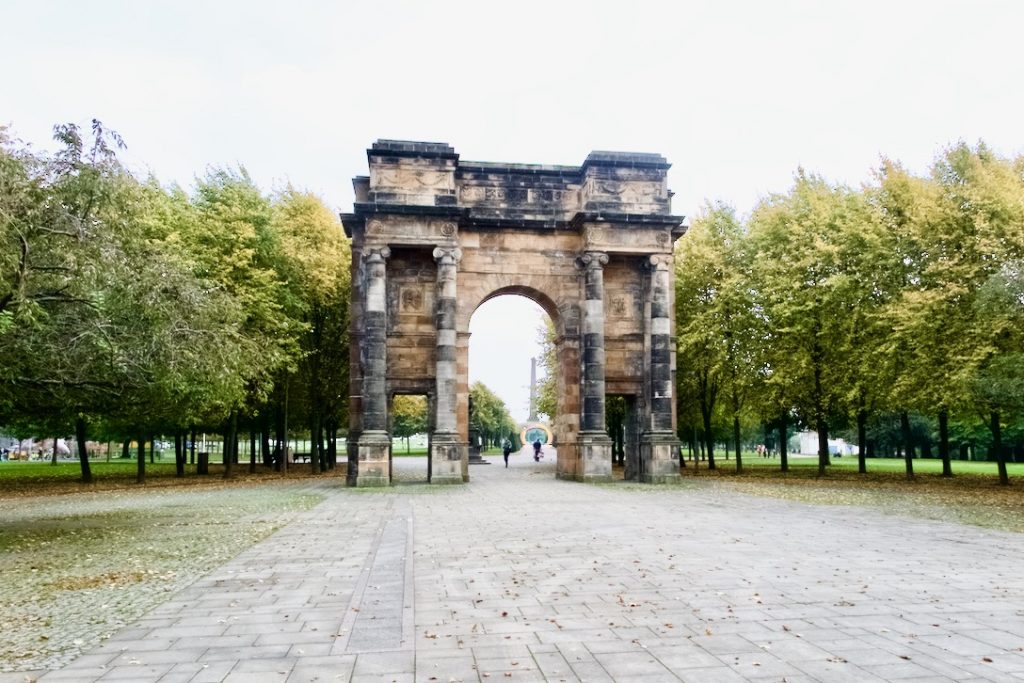 Now re-energised we took the short walk across Glasgow Green, a pretty, open space where people cycle and walk their dogs and is often used for outdoor gigs. Reaching The People’s Palace a museum which is home to a collection of artefacts, photographs, prints, and exhibits which gives an insight into how Glaswegians lived. From wartime Glasgow, the city’s boozy legacy, and its political struggles, The People’s Palace was a fascinating place to spend an hour.

The museum has many changing displays; currently they are celebrating Billy Connolly’s 75th birthday with portraits, three of which have been turned into huge murals and proudly displayed across the city.

As I have come to expect of Glasgow, everyone in the museum was incredibly friendly and was excited to talk to us about the city’s history; even the other visitors joined in, with one very enthusiastic lady passionately reminiscing about her time protesting the Poll Tax. 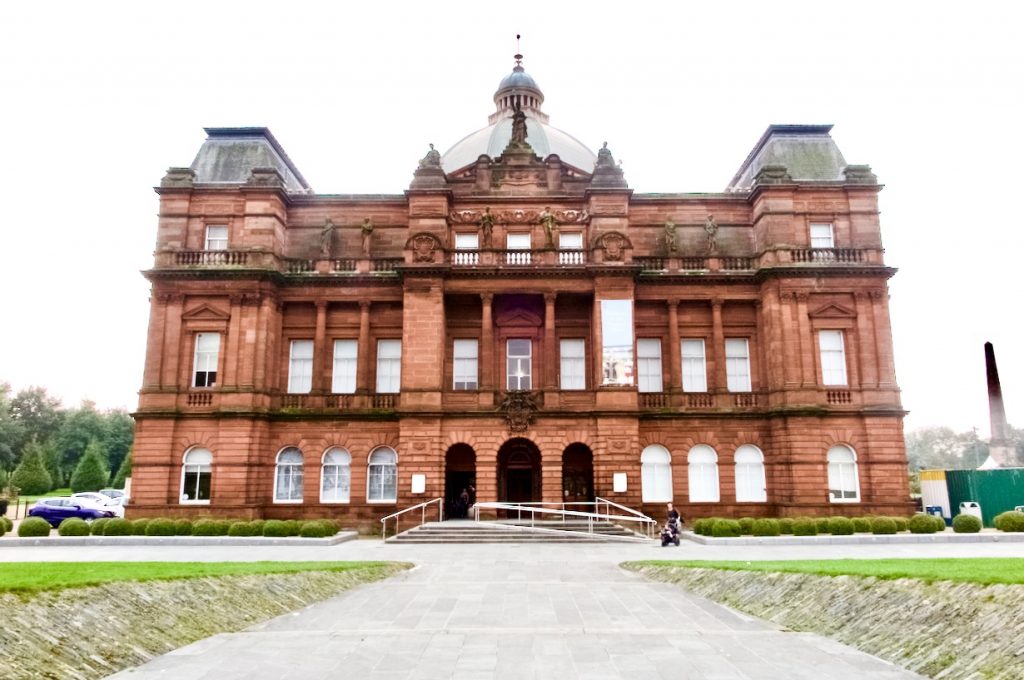 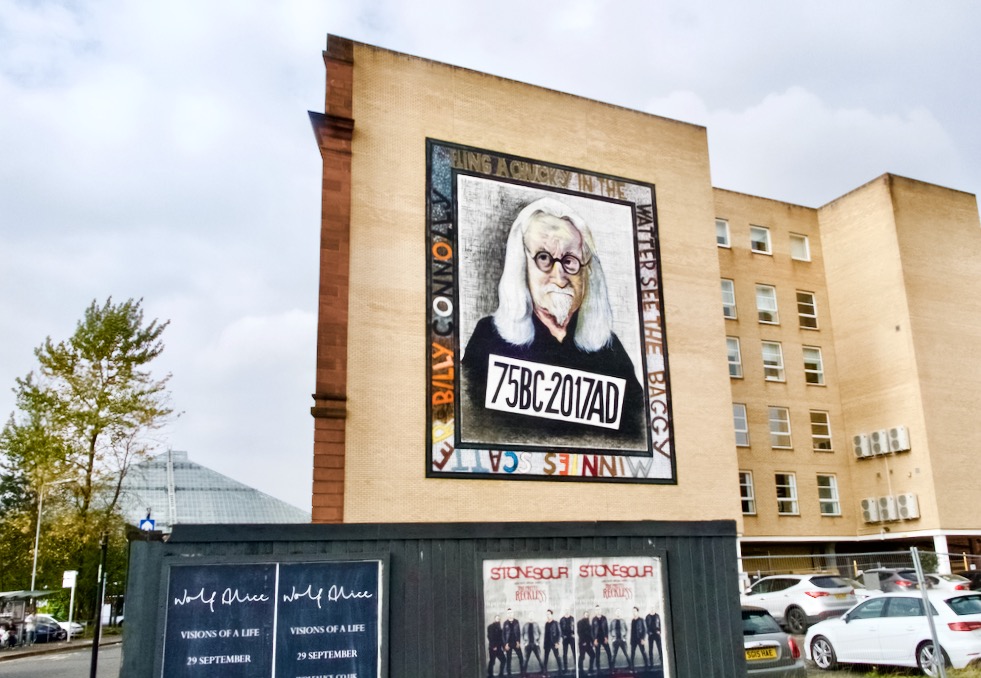 Glasgow has over 20 museums and galleries but unfortunately I had to settle for only one that day as I had work to do, so it was time to head back and get typing. Of course I took the scenic route which took me past the famous Barrowlands; though the famous sign was not lit it’s still a pretty impressive piece of art. This is just one of Glasgow’s many music venues and was named a UNESCO City of Music due to it’s thriving scene. 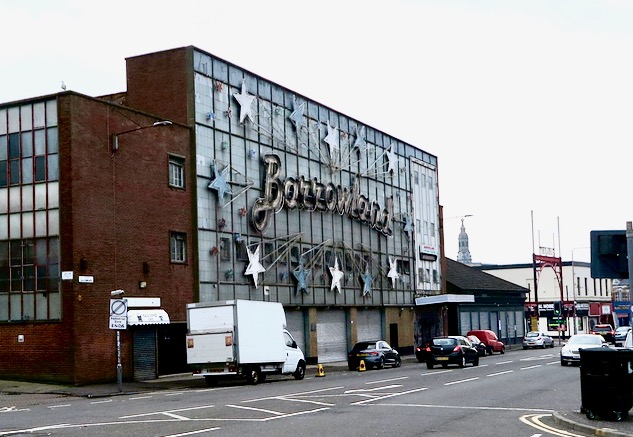 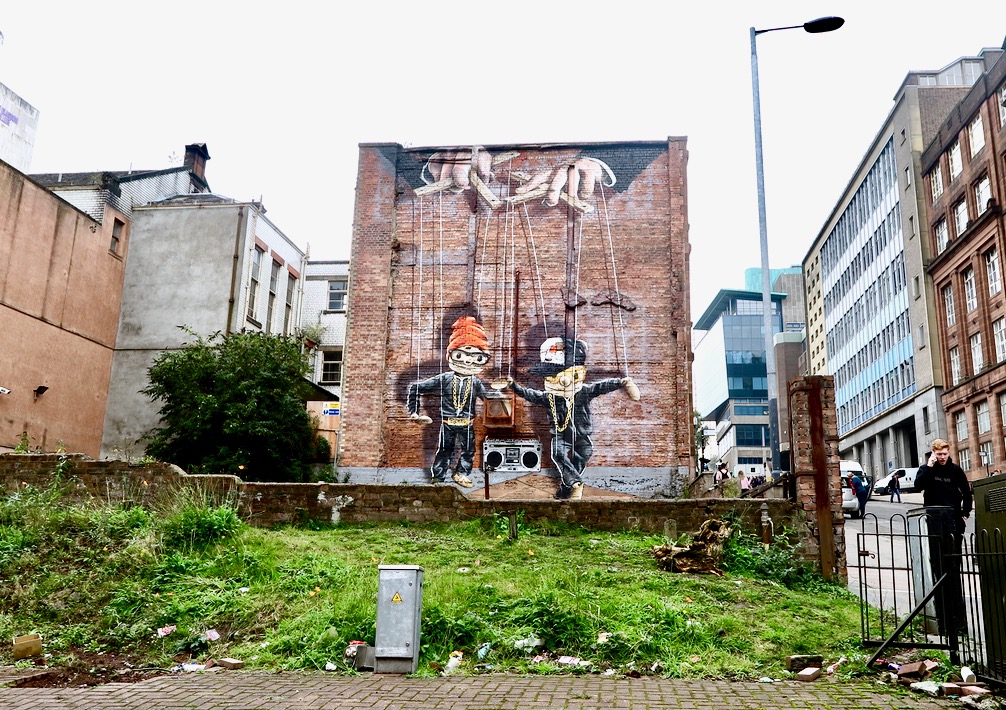 Blogging done, the rest of the crew finished their day jobs and we headed into town to to reconvene over dinner. On our last visit we had incredible pizza from Paesano, so I was excited to see what delicious place they had planned for us this trip.

Just off Buchanan street we walked into Ramen Doya, a tiny version of Japan with a tuk-tuk, paper lanterns and noodle stalls. The menu was simple but there were two vegan ramen options, so of course we had to try both as well as some edamame and perfectly crispy gyoza.

The ramen arrived in large steaming bowls and were utterly delicious, the traditional Ramen option was clean and light in taste where as the veggie Tantanmen was more of a heavy hitter with spicy sesame broth and topped with ground quorn. 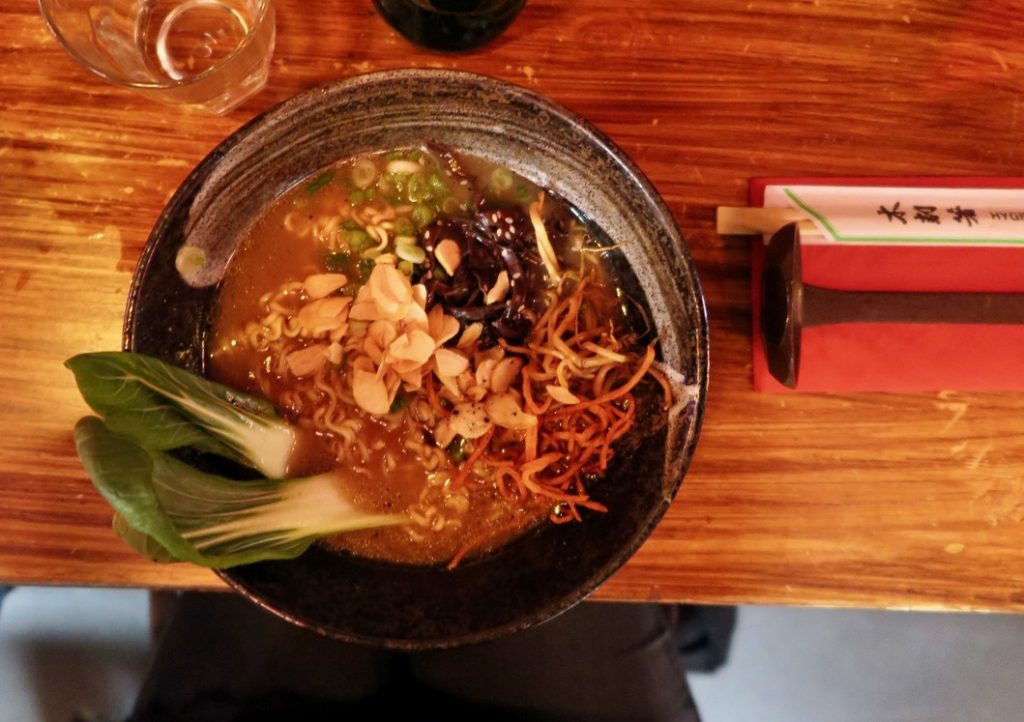 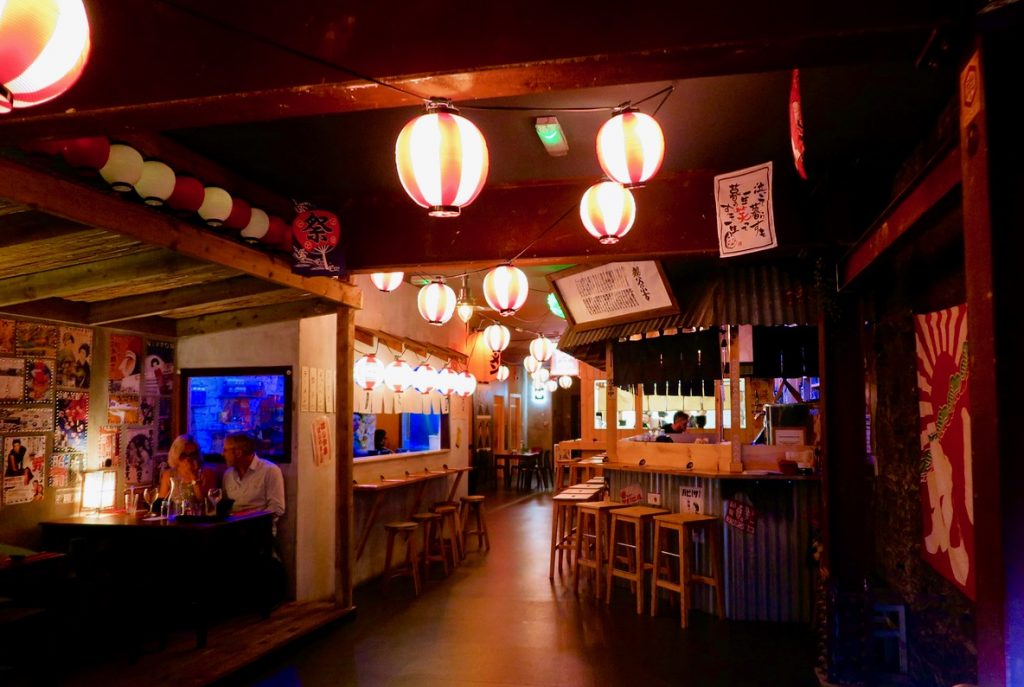 Just the right amount of full we had space for a pint so popped up to Bloc, a cool basement bar with live music and a great chilled out atmosphere. 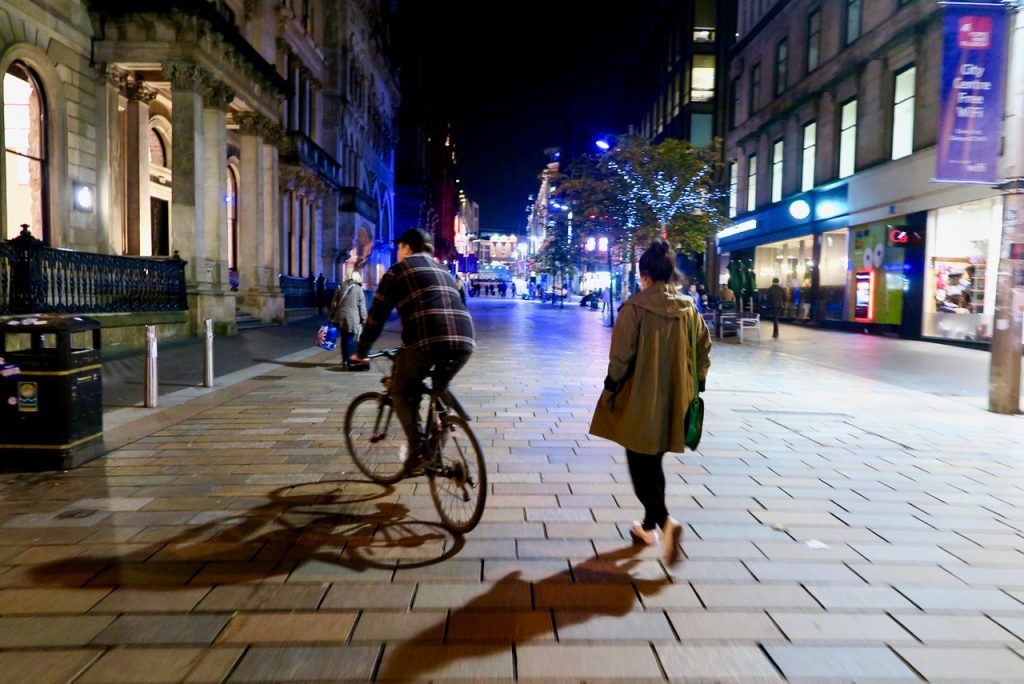 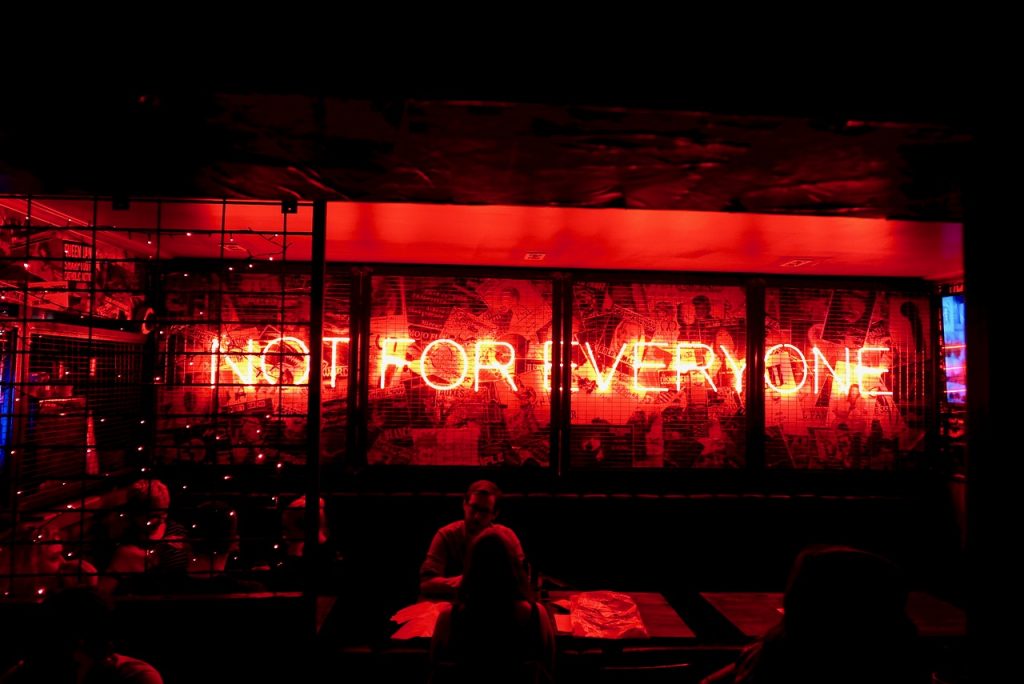 I know that this post is a bit more story time than a typical travel post, but as they say People Make Glasgow and this trip once again proved it. From the second we arrived in the city our friends were the most incredible hosts, so instead of tucking myself away in a café or going out to hunt for cool content I took my own advice and decided to live offline and cherish time with them.

Don’t worry if you are planning a trip to Glasgow and don’t have a gaggle of pals to hangout with, you’ll make some quickly – as my friend Clare put it “[Glaswegians are] aggressively friendly”, and you’ll have a few new buddies by the end of your trip.

If you want to see more from my quick visit head on over to my YouTube channel where I vlogged my travels. 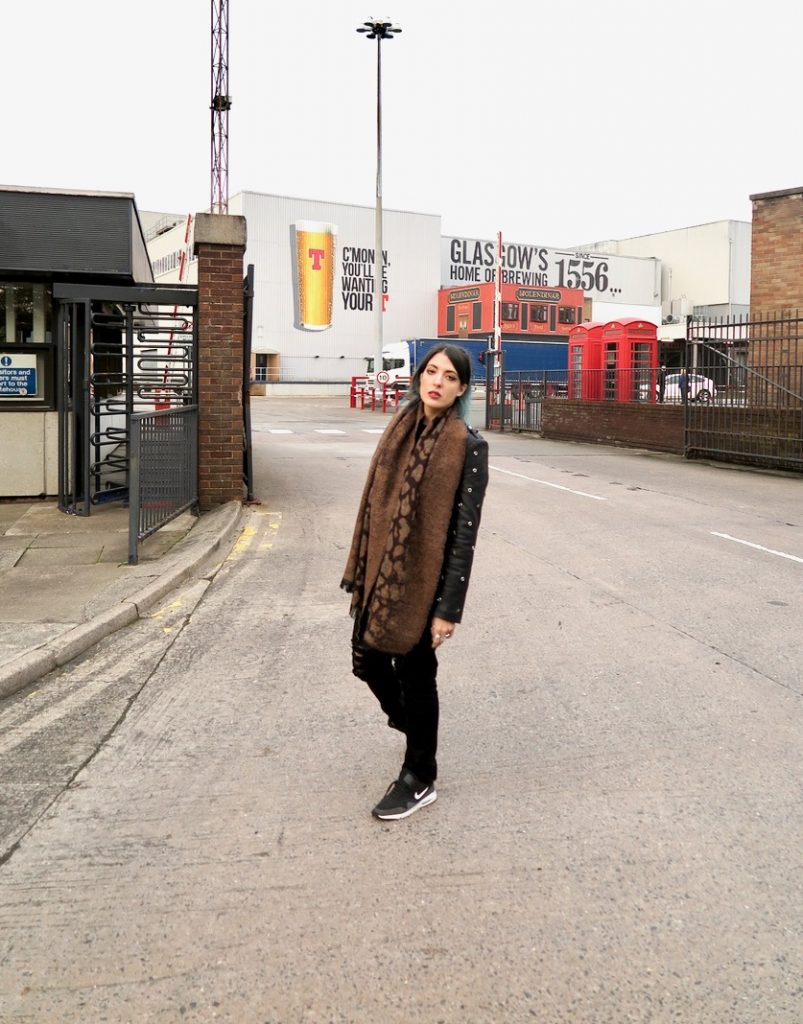