I am a huge fan of post-apocalyptic films; they indulge my fascination with how it might all end and the fragility of human existence. During my road trip I felt like I got one step closer to experiencing what the world would look like if it was to suddenly be taken out when Pablo and I stopped by the Salton Sea. 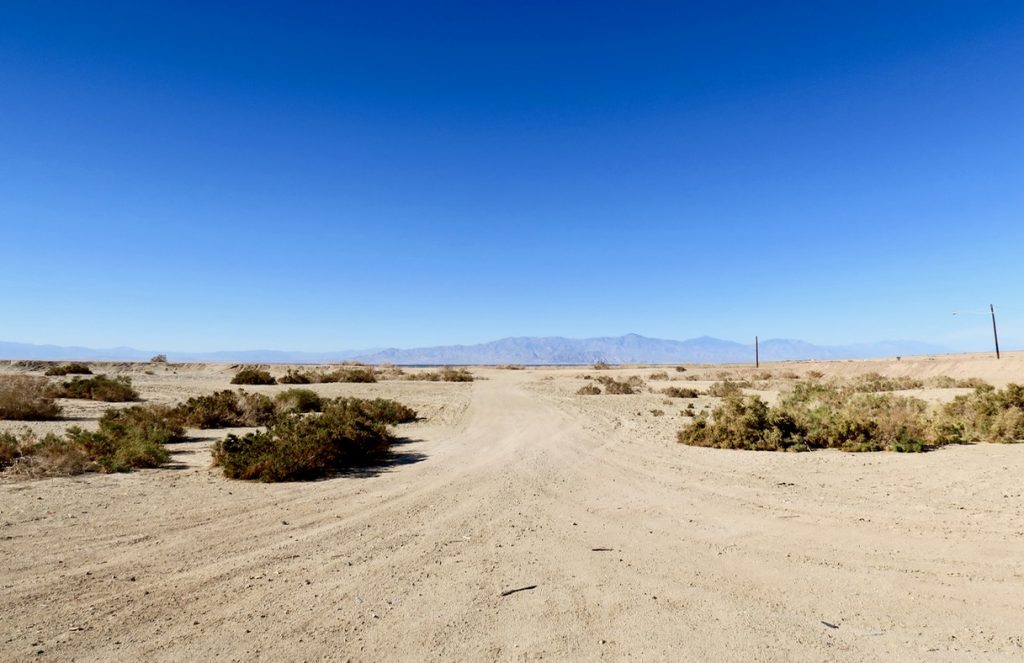 Taking a bit of a detour on our way from Los Angeles to Phoenix we stopped off at the area once marketed as the “California Rivera”. There were only remnants of the thriving beach resorts of Salton Sea, with dusty signs, almost abandoned trailer parks and a few curious tourists left behind, giving a glimpse into the once prosperous holiday destination. 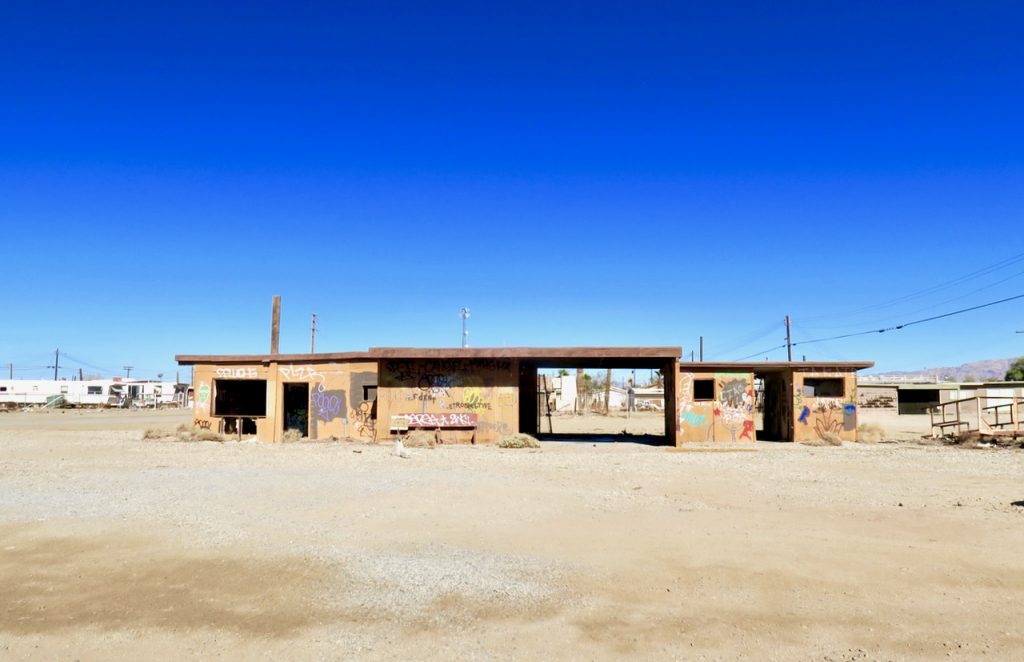 Driving down Avenue A, off Highway 111, we dumped the car and made our way to the beach. The sun was beating down and reflecting off the white gravelly sand causing a blinding light, between this and the eerie silence I felt like I had stepped into the post apocalyptic game ‘Fall Out’. 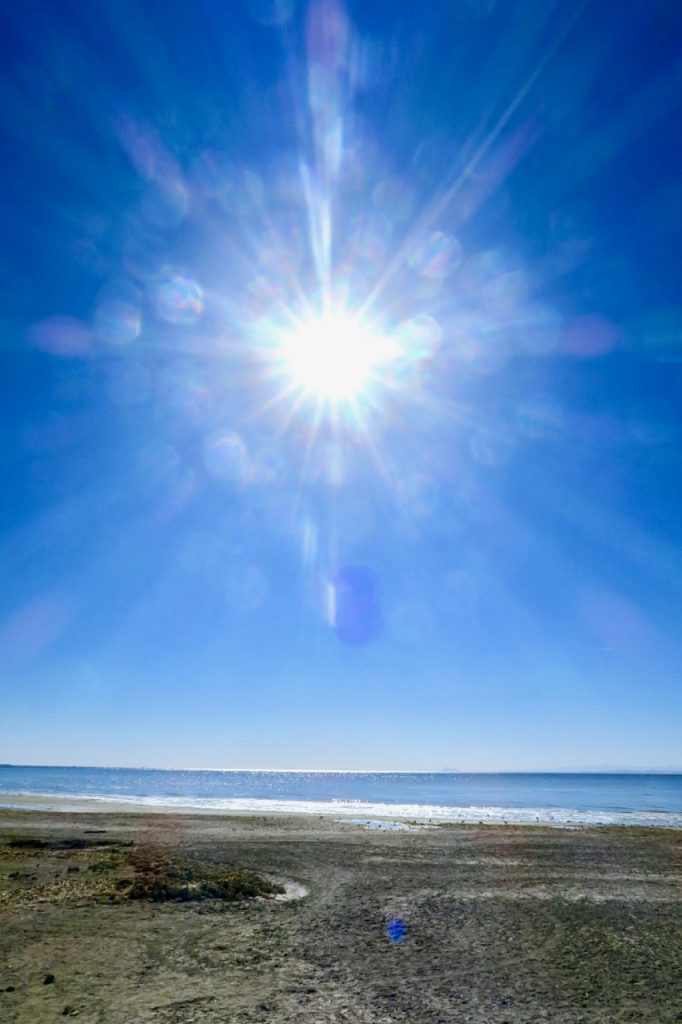 Walking further down towards the water we soon realised that the sand under foot was not sand at all and was in fact fish bones. Some had been worn down but many other were full skeletons and in positions as if they had died mid swim, their scales stripped perfectly from their bones.

I never get to caught up on the facts and only insisted that we stop off at Salton Seas because I had seen it on a list of top 10 weird beaches, Pablo however is a self confessed mega nerd and has already listened to A Sea Worth Its Salt by 99% Invisible podcast about the mysterious fish graveyard. 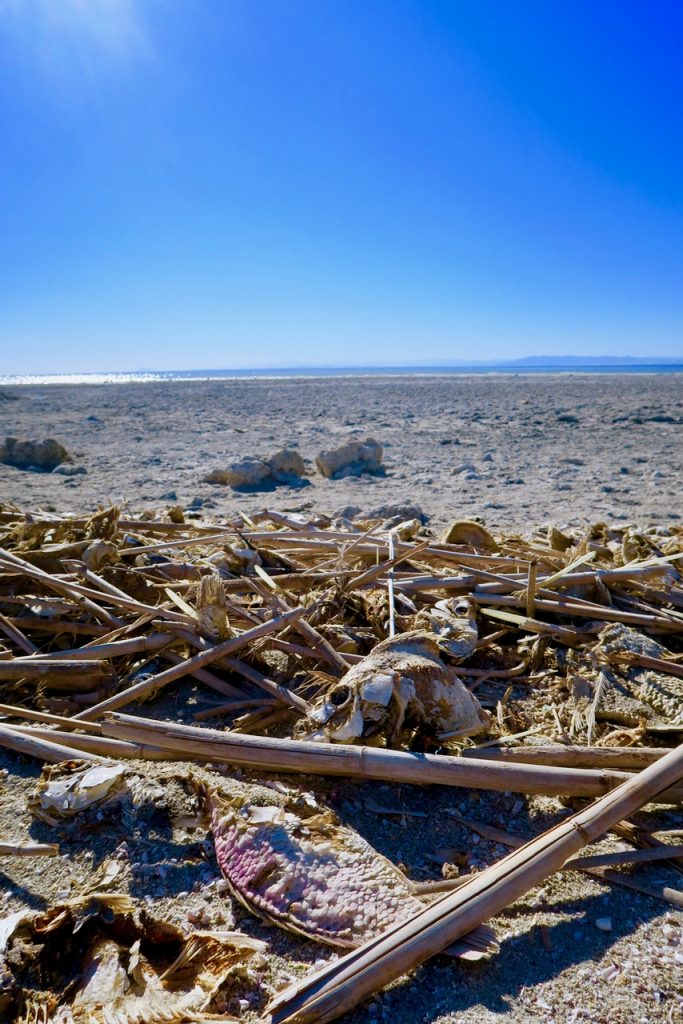 The story, as I understand it, is as follows;

The sea was created by a huge inflow of water made by an accident back in 1905: a cut was made into the valley from the Colorado River for irrigation but the water overpowered the man made canals and flowed into the Salton Basin for two years creating the sea bed. In the 1950’s Salton Sea resorts became popular tourist destinations however with no natural water flow the sea soon began to evaporate. 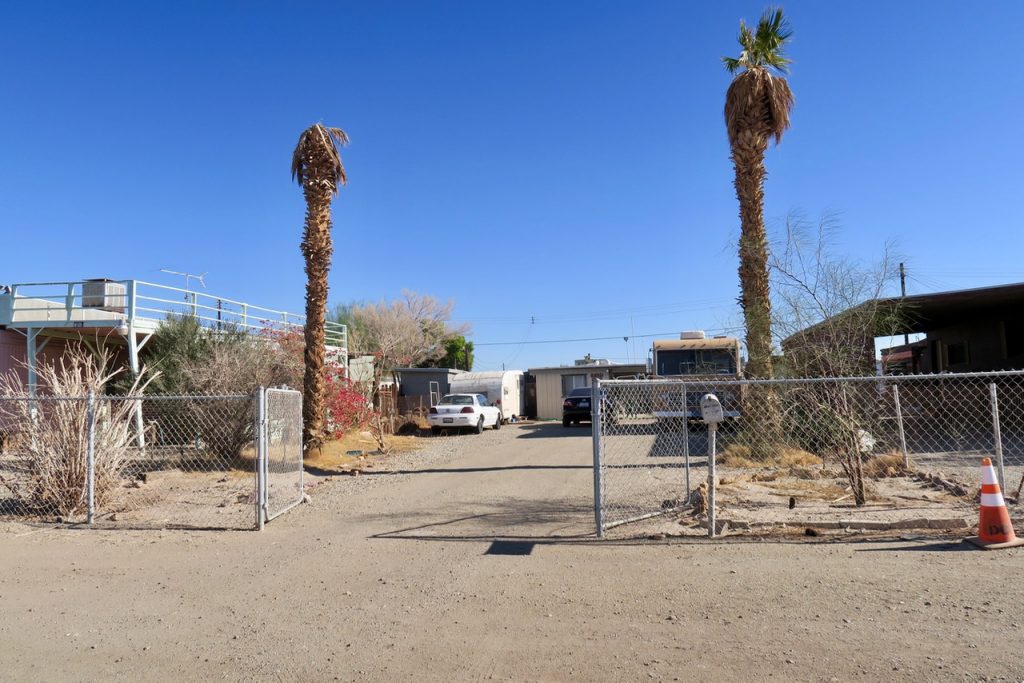 As the water levels decreased the salt levels became more toxic, this combined with natural algae blooms meant that many of the fish could not survive and masses of them began to wash up on the beach. The combination of the salt levels and decaying fish caused an awful smell (as well as being unsightly) and soon tourists began to holiday elsewhere. 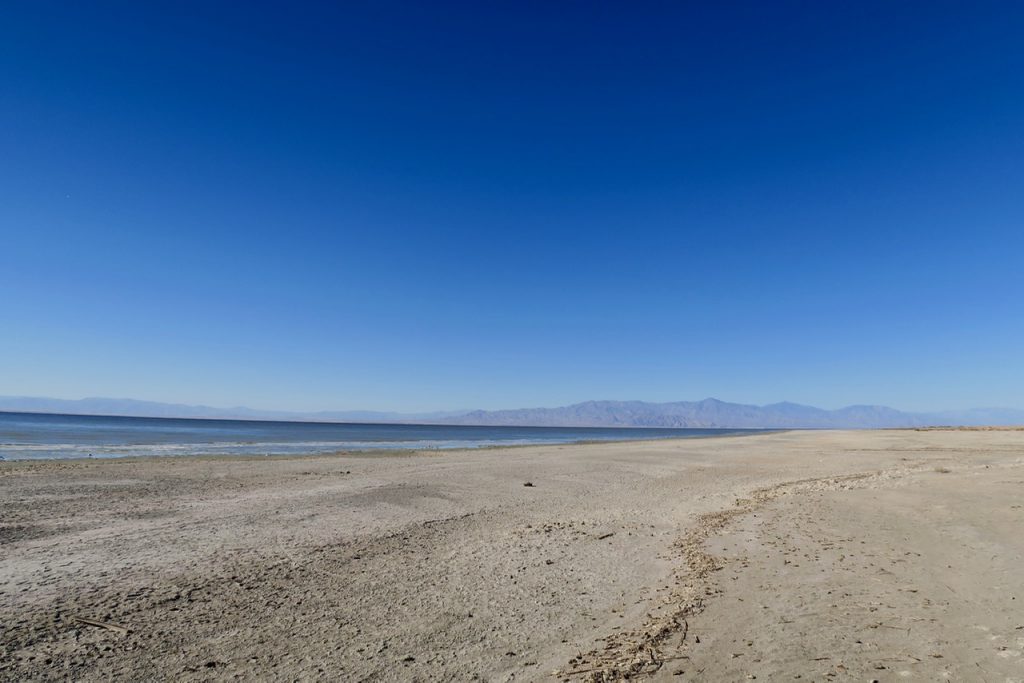 Today tilapia continue to make the Salton Sea their home, somehow being hardy enough to withstand the salt levels but though they are tough fish they too succumb to the forces of their unnatural habitat and suffer from mass death occasionally, as we witnessed.

If you are looking for a beach to grab a mojito and sunbathe then this is probably not the stop for you, but if you are interested by the weird and wonderful sights the road has to offer Salton Sea is a unique experience, totally worth the detour in my opinion.