Menu
Technically this was our second day in Budapest; arriving late afternoon the day before, but a chance meeting with friends meant exploring was pushed aside in favour of a few beers and a catch up instead. Indulging in a little too much booze the previous evening we were in much need of carbs before our day first full day of touristing began.

The hangover brain fog had taken over slightly, after a few wrong turns and circling St. Stephen’s Basilica we made it to Szimply a small, seasonal, brunch spot with rave reviews.

Though there was an hour wait we were happy to grab a coffee from Kontakt its sister place across the street. The coffee was fantastically bold and fragrant giving me a much needed pick me up. After what seemed like no time at all we were seated at a basic box style stable in the cobbled alleyway ready to order. The menu was small, yet creative and the presentation made the dishes almost too pretty to eat. 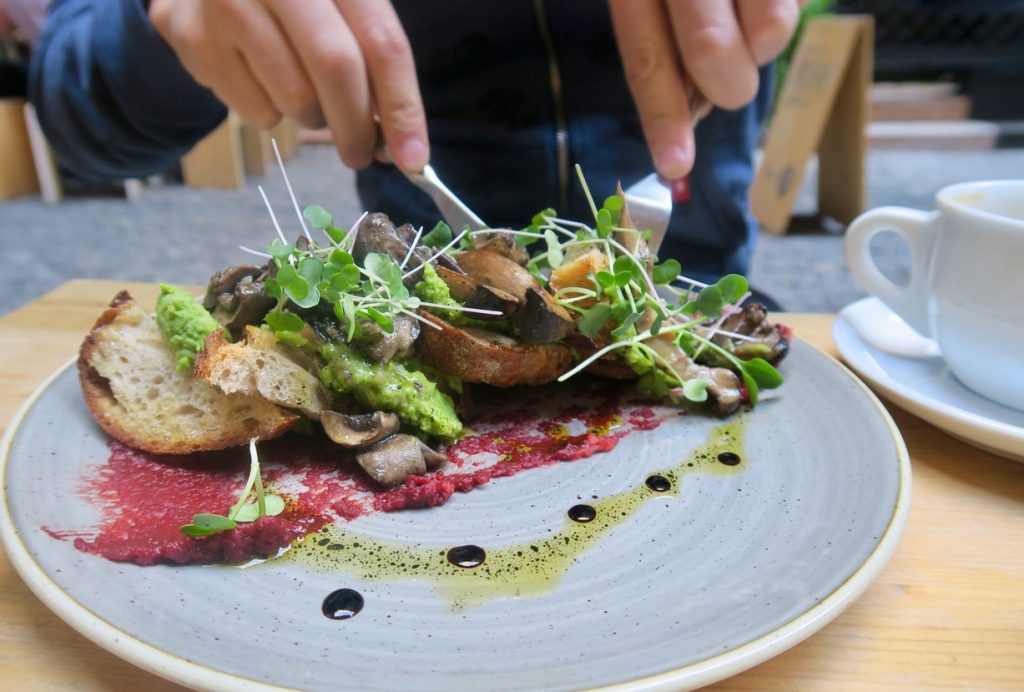 Feeling reinvigorated it was time to do what I do best – explore the city by foot. Heading from the Jewish quarter we strolled along the glossy shopping area, Fashion Street, then through Vörösmarty Square until we finally hit the Danube. 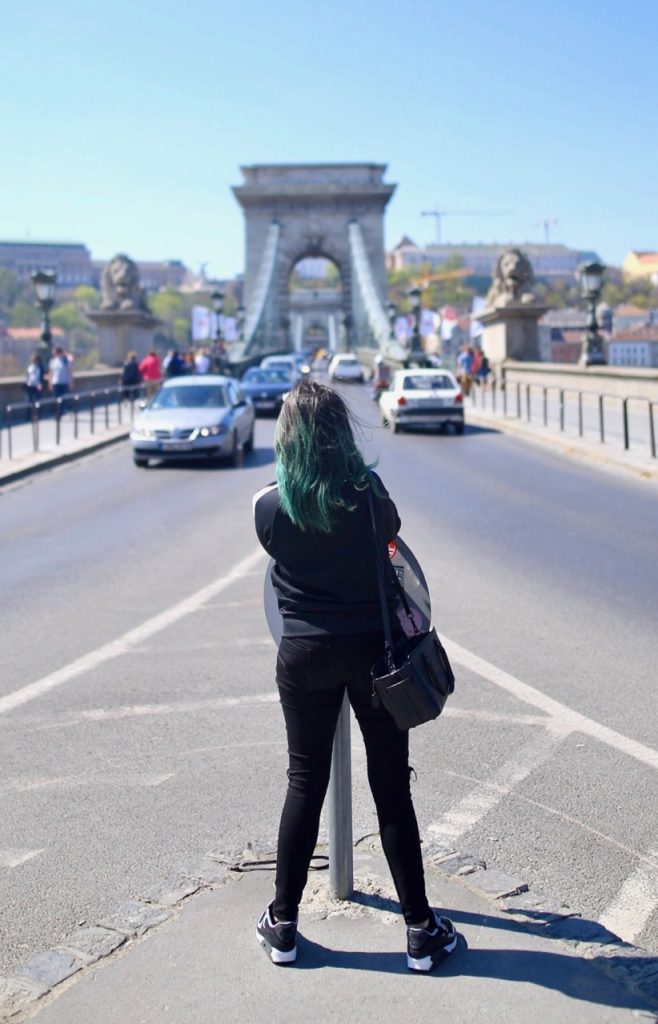 It was a gloriously sunny spring day so our fellow tourists were out in full force yet it didn’t seem overly crowded. Meandering along we took in the views then crossed the famous Chain Bridge until we made our way from Pest into Buda. 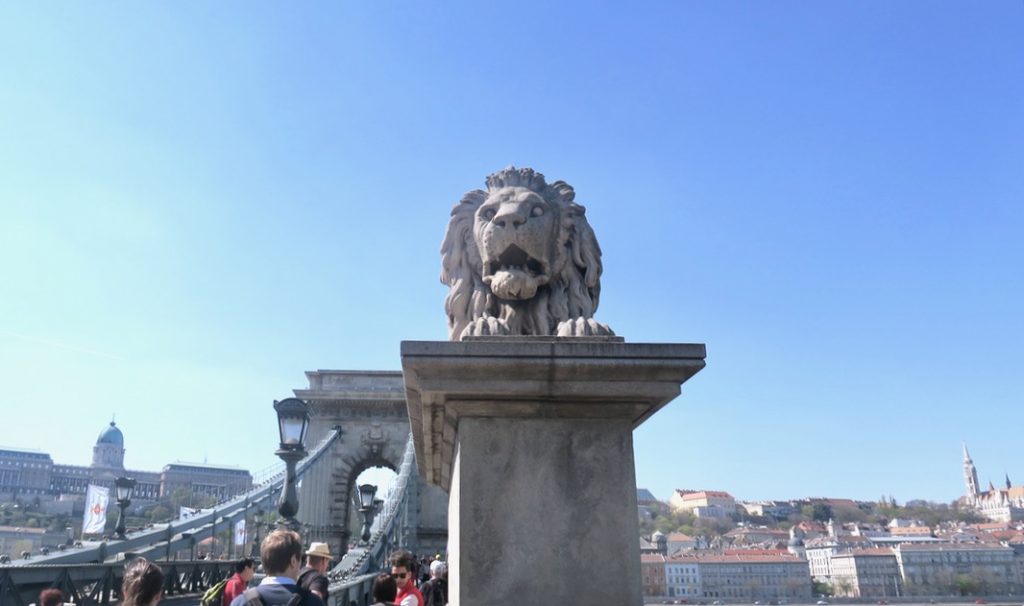 Joining the worst for wear stag dos, families and other holiday makers at the bottom of the Castle Hill Incline we decided to skip the queue, stretch our legs and walk up, instead of paying for the cute funicular railway. 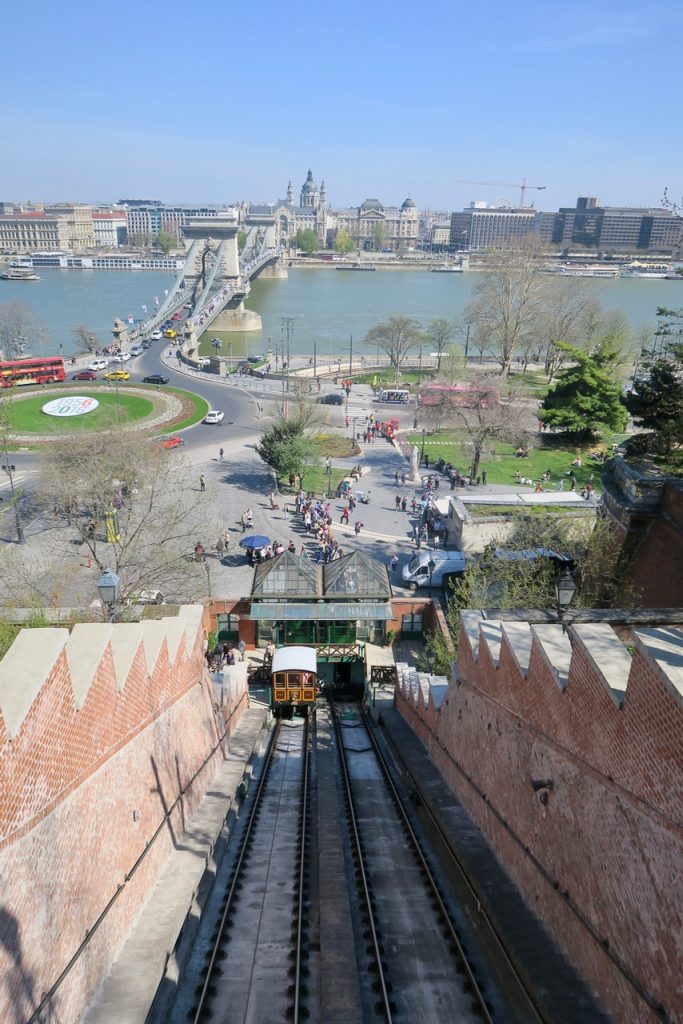 The walk didn’t take long, and was quiet, but the peace didn’t last long. As soon as we reached the final set of stairs to the summit suddenly we were greeted with hoards of people, as well as guards and grand buildings. 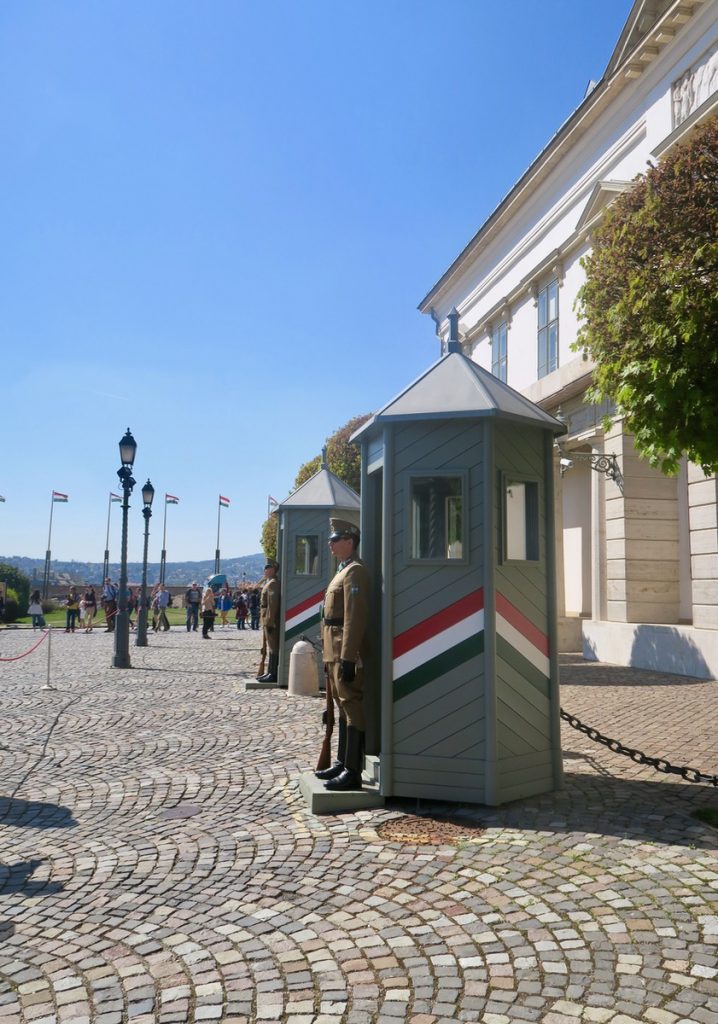 Pablo and I swung round the masses of people, taking a right and venturing further up the hill when we caught our first glimpse of Matthias Church and Fisherman’s Bastion. It was as if we had stepped into a fairytale. To fully appreciate our Disney like surroundings we stopped for a beer and were entertained by local folk music. 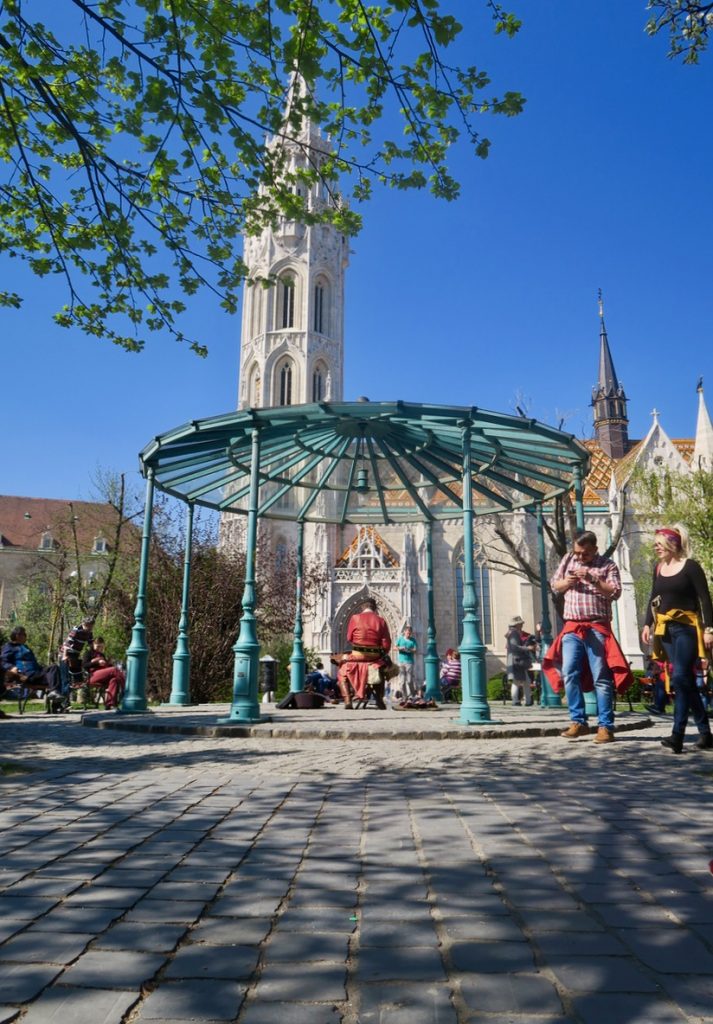 Being on a tight budget we passed on the entrance fee to climb the fortress walls, and instead enjoyed taking some picture from our vantage point before descending back down the hill towards the Margit Híd bridge. 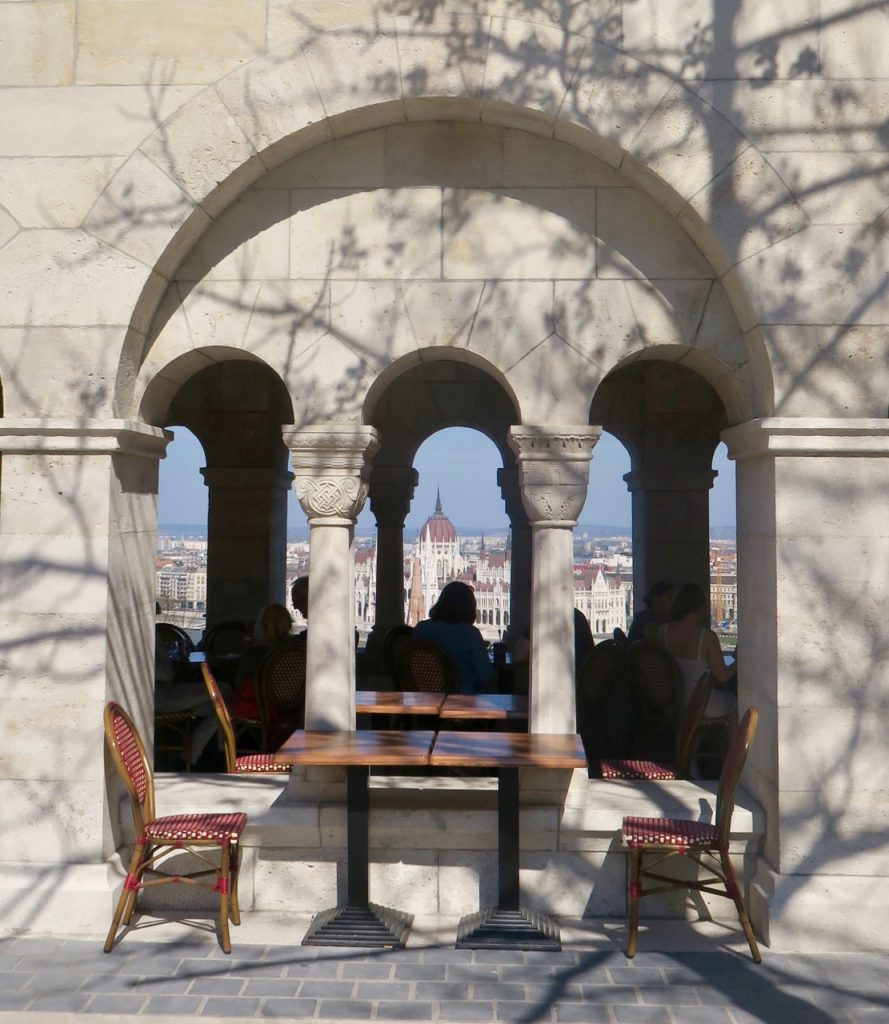 Now back across in Pest we strolled past the Parliament building before stopping at Shoes on the Danube Bank, a memorial that pays tribute to those that were lined up and murdered on the banks of the river by fascist Arrow Cross militiamen during World War II. The lined up shoes were very poignant but just like the Memorial to the Murdered Jews of Europe in Berlin I found myself getting frustrated with those who were more interested in taking selfies than feeling empathy towards those who had their lives taken, so moved on pretty quickly. 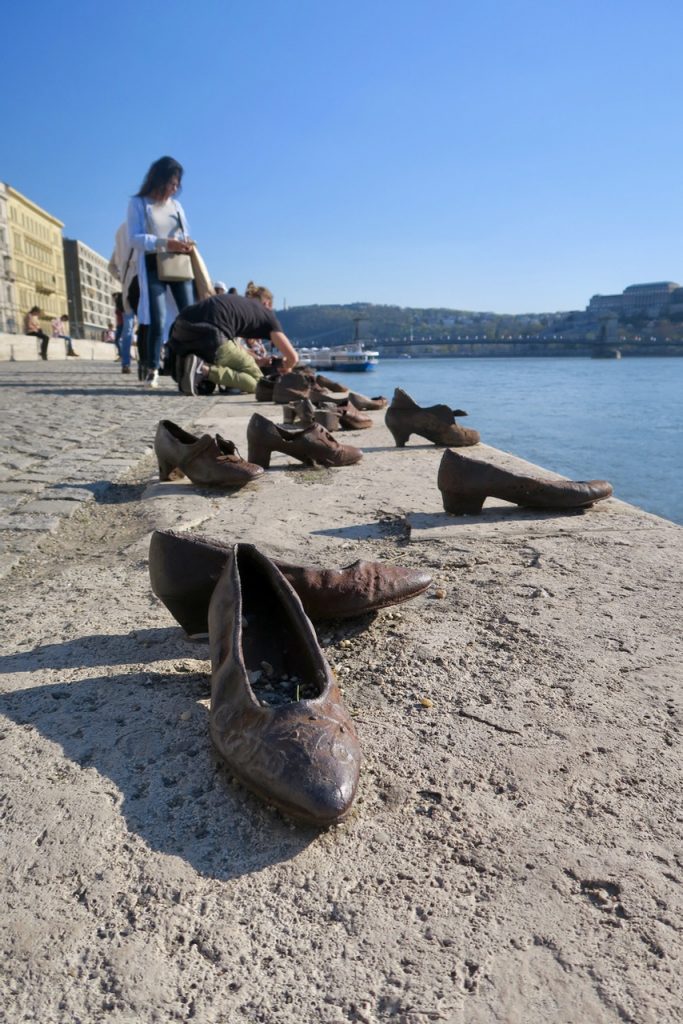 Continuing our journey along the Danube we took a break to sit at the river banks and watched the world go by. Soon our conversation was disturbed by police sirens and a grumbling noise that grew in the distance, suddenly the noise erupted and hundreds of bikers crossed The Chain Bridge. We (of course) picked up our belongings and ran to catch a glimpse of the action. 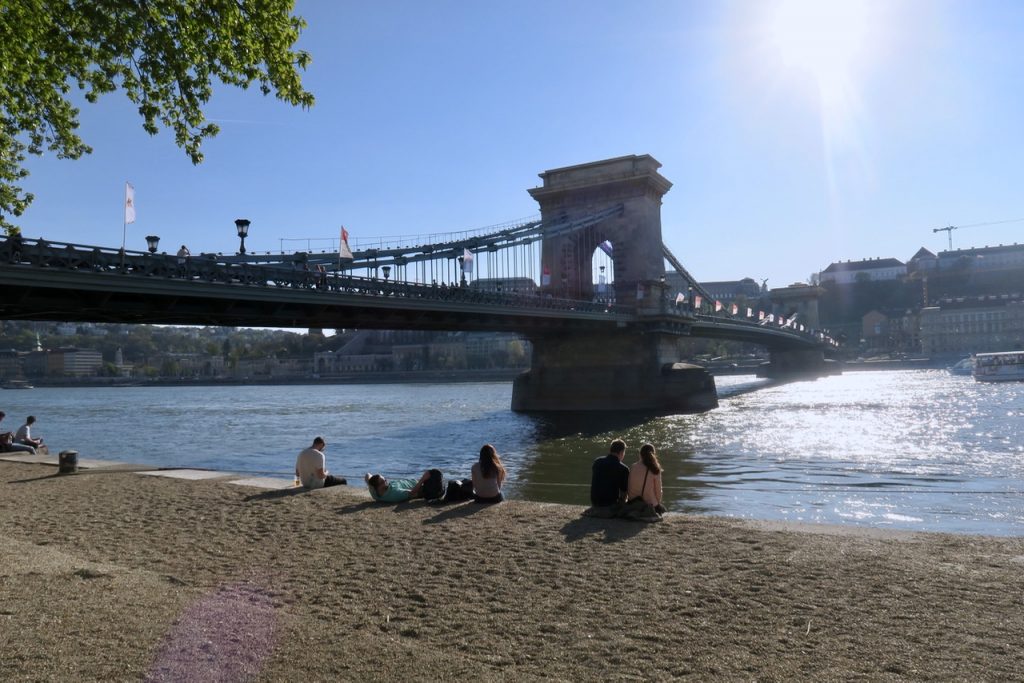 As the bikers left back towards Buda, the sun set behind us and we headed back to the apartment to get changed for date night. Unfortunately the restaurant was a bit of a let down but instead of being too disappointed we grabbed another pint and reflected on a great first day in Budapest.