During the punk/pop fuelled early 00’s I decided that Sum 41, Blink-182 and The Offspring were no longer enough and that I wanted to find out more about the influence of the music I was into.

I am going to be honest here and confess that it was not a thirst for knowledge that was the catalyst for my interest in the history of punk, but because I wanted  to buy a Ramones t-shirt and didn’t want to sound like a idiot knowing nothing about them. Despite initially delving into punk culture to look cool, the more I read into the history of the music scene the more I was fascinated by it.

This interest in punk has not dwindled over the years and I think is one of the reasons I am drawn to cities that rock, such as New York, LA, London and Berlin.

Having totally fallen in love with Berlin I was secretly delighted that we got stuck in the city for an extra two days and would be spending my birthday there. During our weekend stay we had pretty much walked the breadth of Berlin, and on one of these strolls I spotted some flyers on a lamppost advertising the Ramones Museum. I could think of no better place to spend my birthday, so I said Hey Ho Let’s Go (I’m not even sorry). 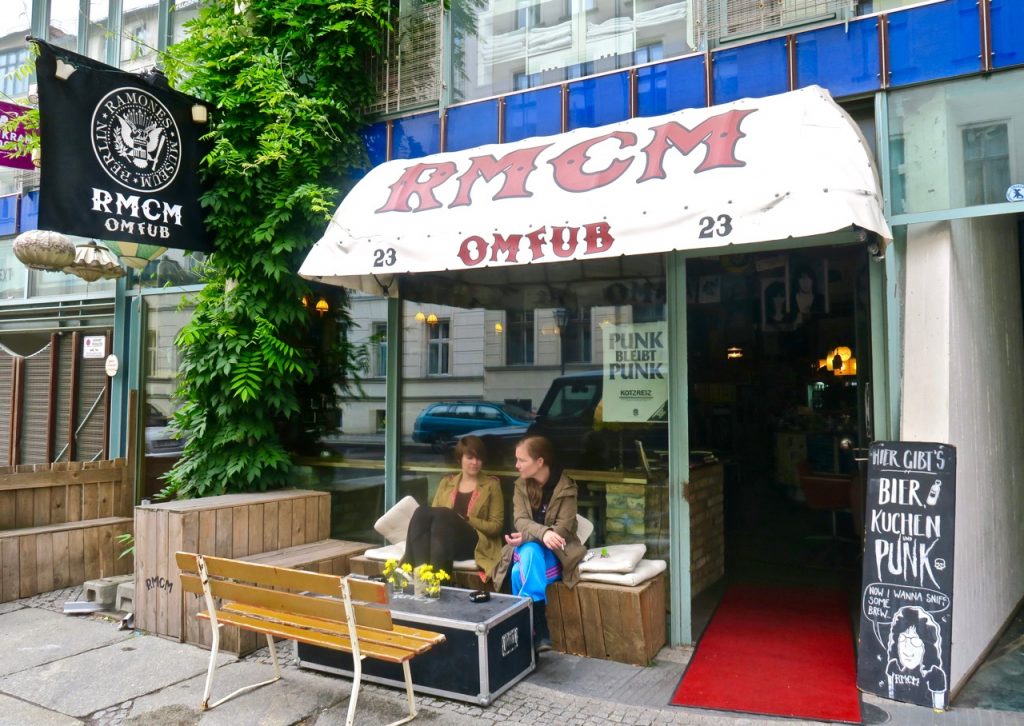 Heading back to take a proper look at the artwork at Hackescher Hof, we took the short walk round to the museum; I spotted the building from a distance because of its awning and signage which payed homage to New York’s punk club CBGB’s. 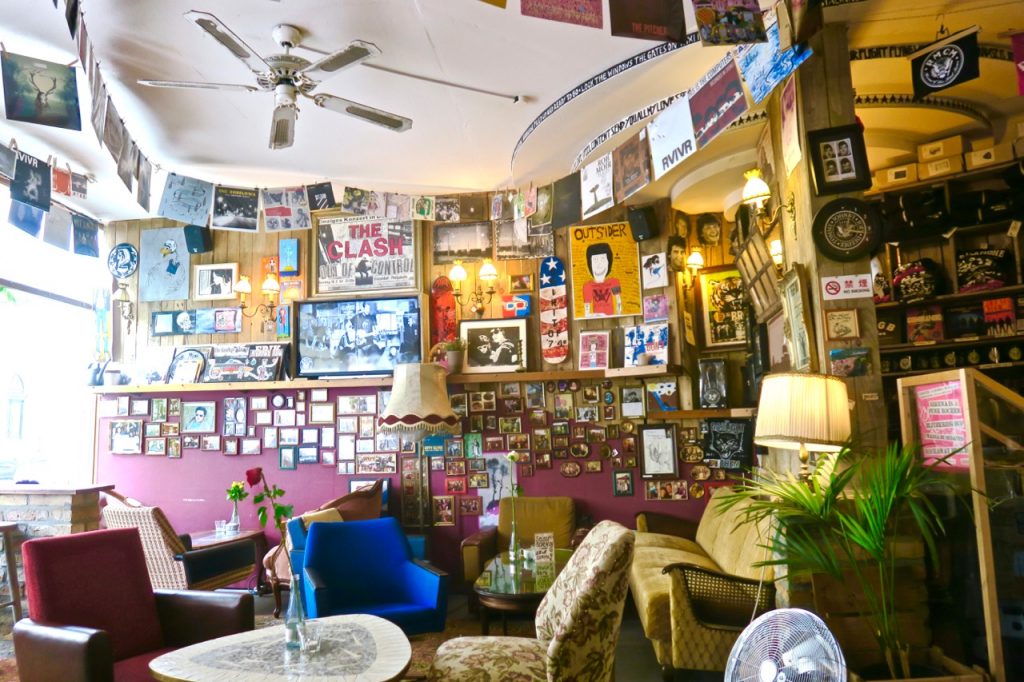 Walking in the front door the place looked like an punk themed coffee house but on closer inspection I noticed that the walls were covered in rock history with pictures and signatures of all the fellow rock stars who had visited this small museum dedicated to everything Ramones. 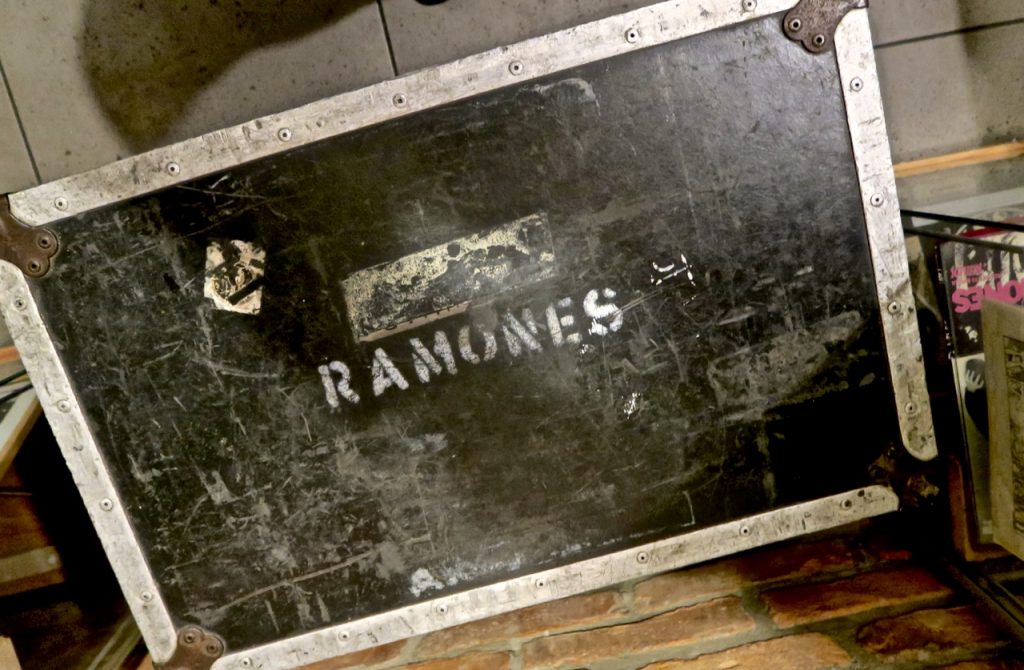 Stepping up to the counter we paid €6, which I thought was pretty reasonable, but as an added bonus I was then asked if I would like a beer of a soft drink to wander around the museum with. 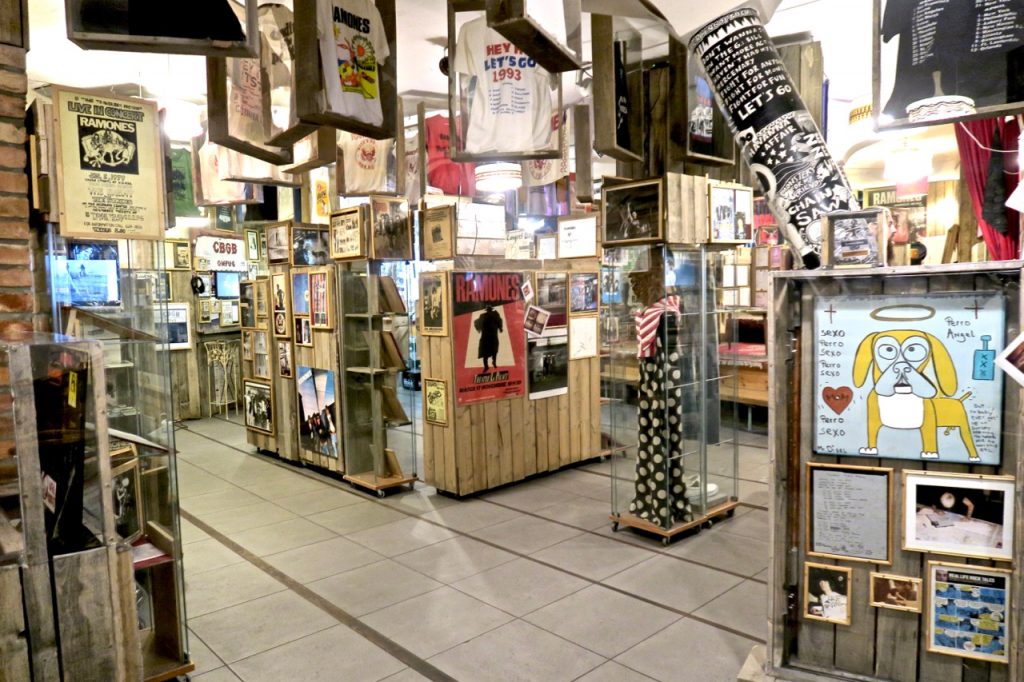 Beer in hand we swung open the saloon style doors that separated the collection with the rest of the space and were greeted with a room filled to the brim with memorabilia. Though the space was not grand there was a huge amount to see, including a small area where you could chill out and watch Rock and Roll High School. 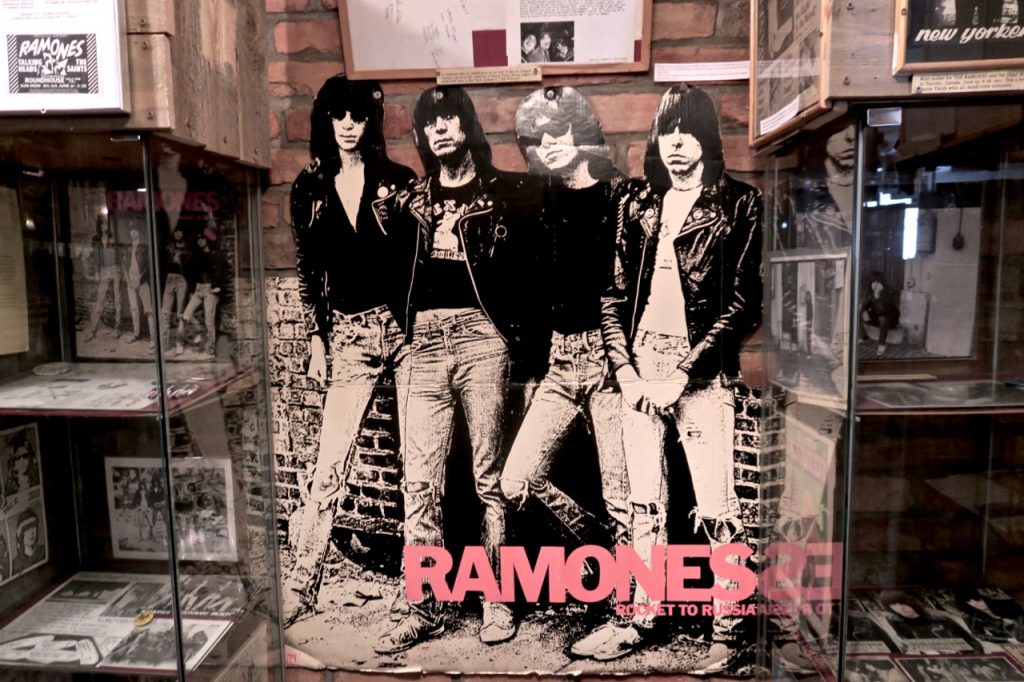 This palace of punk was started by one mega fan, Flo Hayer, who has after seeing the Ramones for the first time in 1990 became an avid collector. 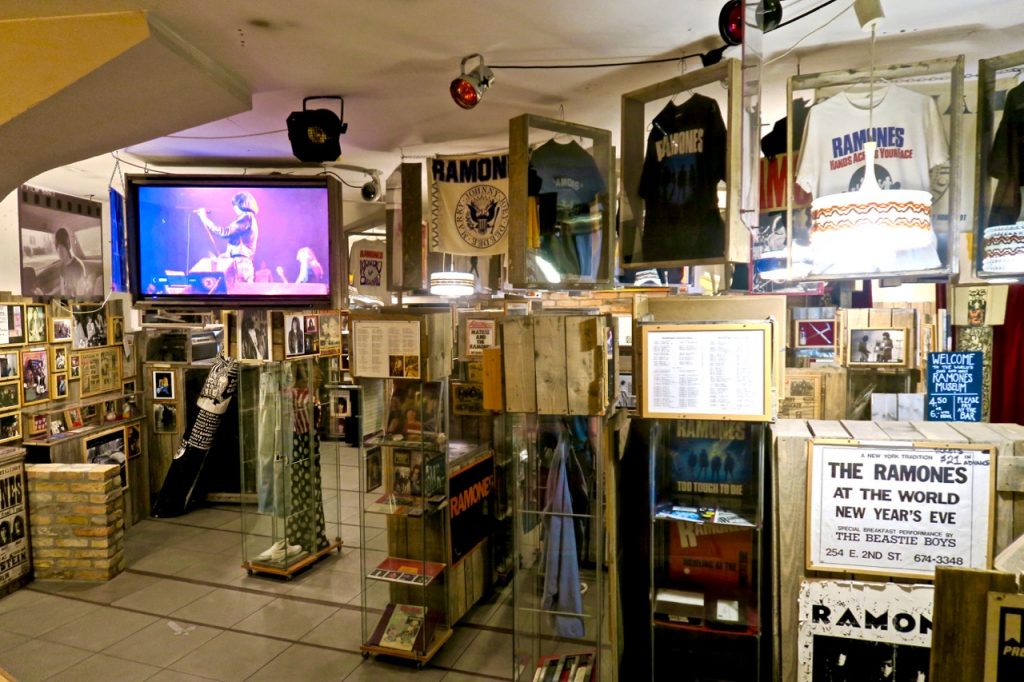 His apartment got so overcrowded that in 2005 he opened the first museum not only to declutter but also with the purpose of sharing his collection and punk rock stories with other enthusiasts.

In 2008, the current Ramones Museum opened and now houses over 500 pieces of memorabilia. 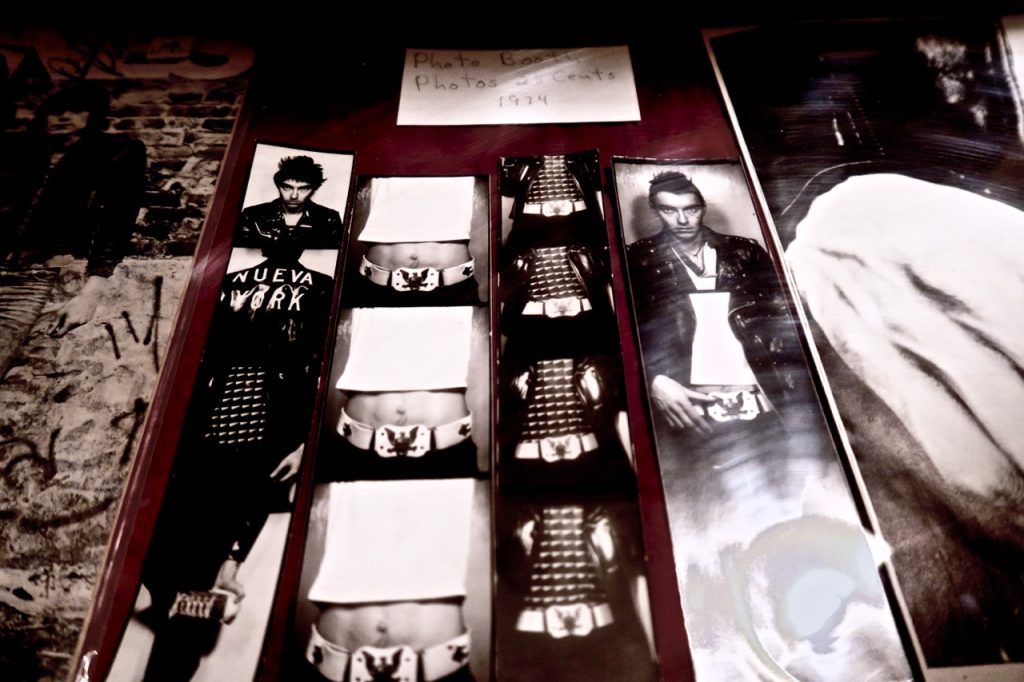 I found the place fascinating and spent almost an hour musing over everything from ticket stubs to guitars. 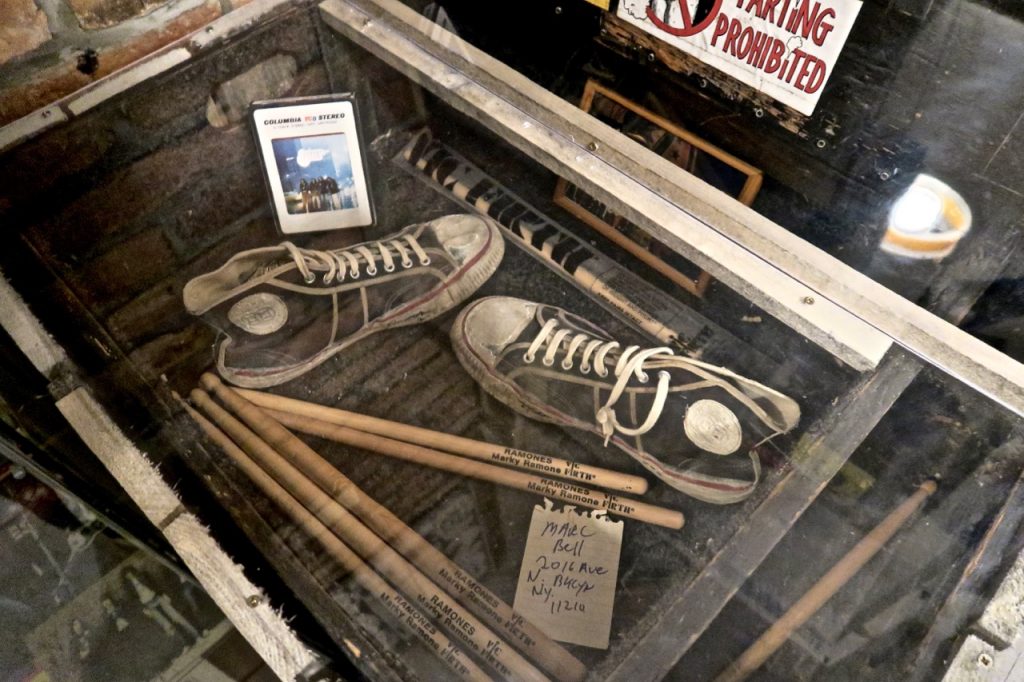 Content that I had seen every inch of the rooms and cabinets we headed back through to chill out in the front room bar and finish off our drinks. 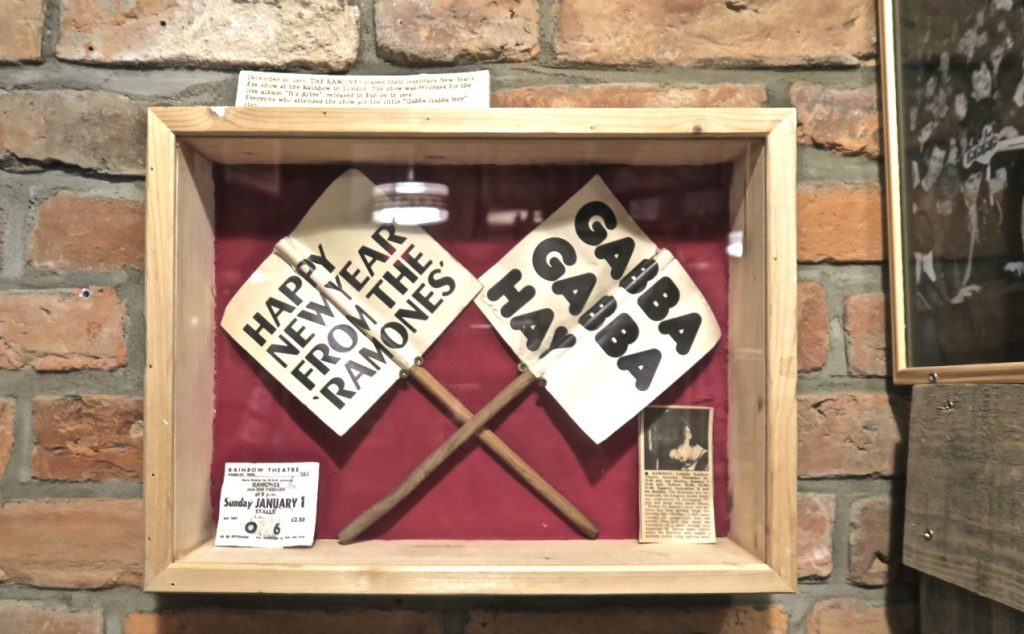 This is my dream museum: interesting, unpretentious, personal – and all experienced with a beer in hand, I was in my element. 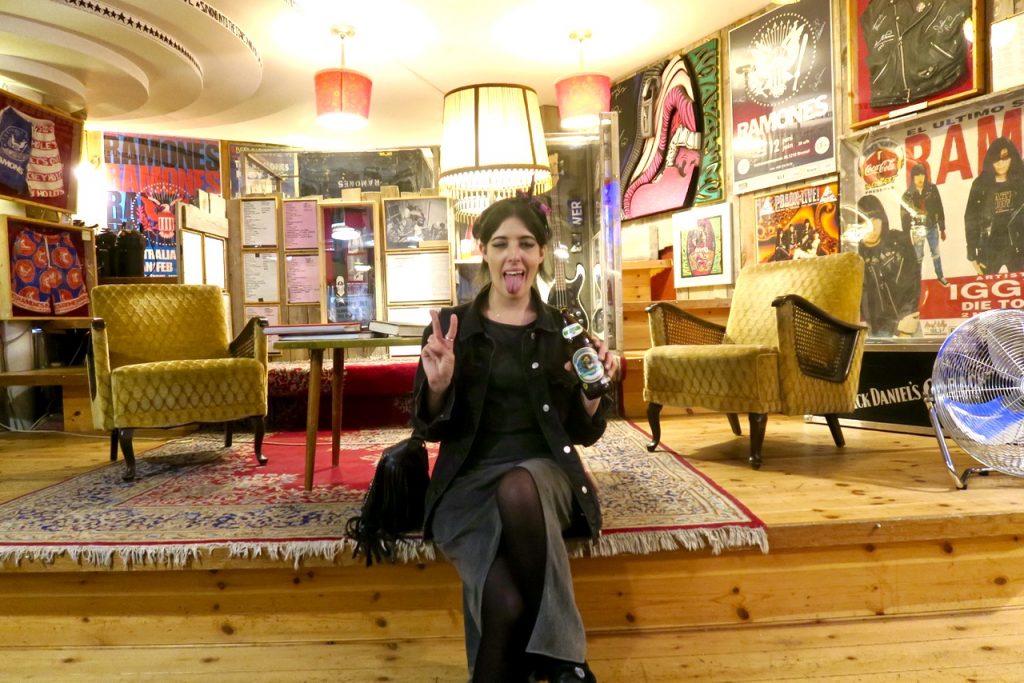 Having had such a great experience I picked up my own piece of memorabilia in the form of another Ramones t-shirt.

Where would be your ideal place to spend a birthday?