I got proposed to on a Brooklyn street corner beside a grimey sticker covered ATM, whilst drinking a pint- and it was perfect.

This post comes as more of a surprise to me than it does to you. Marriage is something I have never really considered, but when Pablo asked if I would be his wife, it just felt right.

This is a stark contrast to just two years earlier when he bent down on one knee as the sun set whilst we were by Brooklyn Bridge and I ran away because I thought he was going to propose. Turns out he was actually just tying his shoelace and I was off the hook but still it’s amazing how much can change in two years.

Kind of everything, and nothing, all at once. 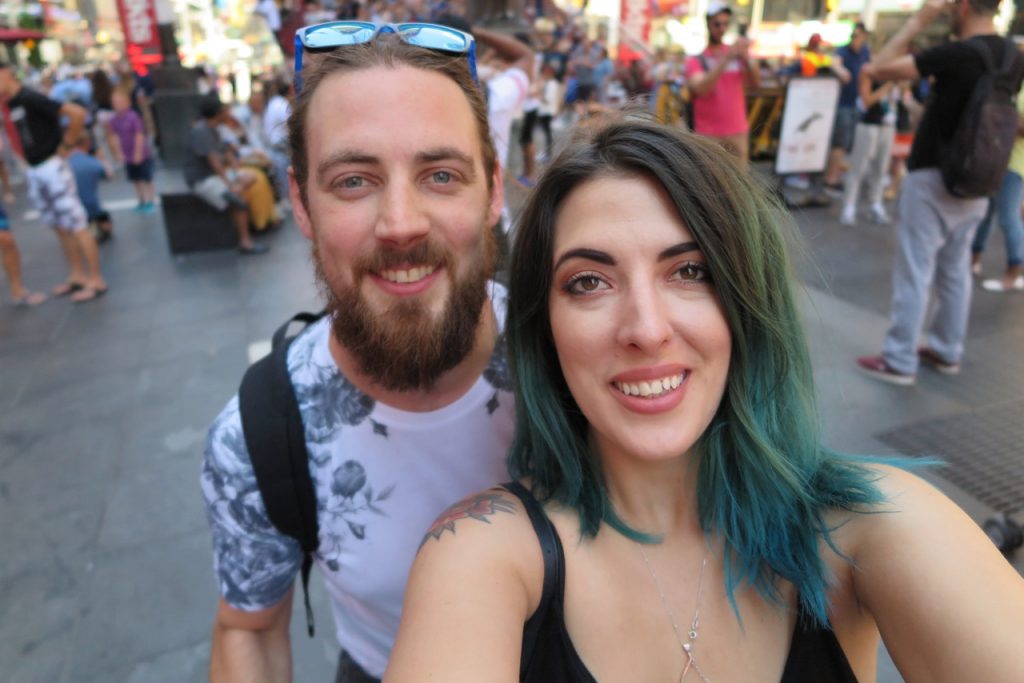 We were in the same city, I am still as independent as ever and I am still just as in love as I have been for the past 10 years of our relationship – yet something had changed inside both of us. I was no longer scared at the prospect of saying I want to be with you for the rest of my life out loud, and Pablo was confident enough to make a decision without questioning himself.

I have insecurities that run deep and this resulted in me building walls that were a barrier to fend off love in the fear that it would leave or I was undeserving. In the past few years I have been working really hard on learning to accept myself and chip away at some of my self doubt. There has been a noticeable difference in my attitude, but all my hard work really paid off when I could comfortably say “yes” to marrying the man I love, without running away in fear.

I have spent 10 years pushing Pablo away, yet this year I finally said fuck yeah I am deserving of your love, and it feels great. 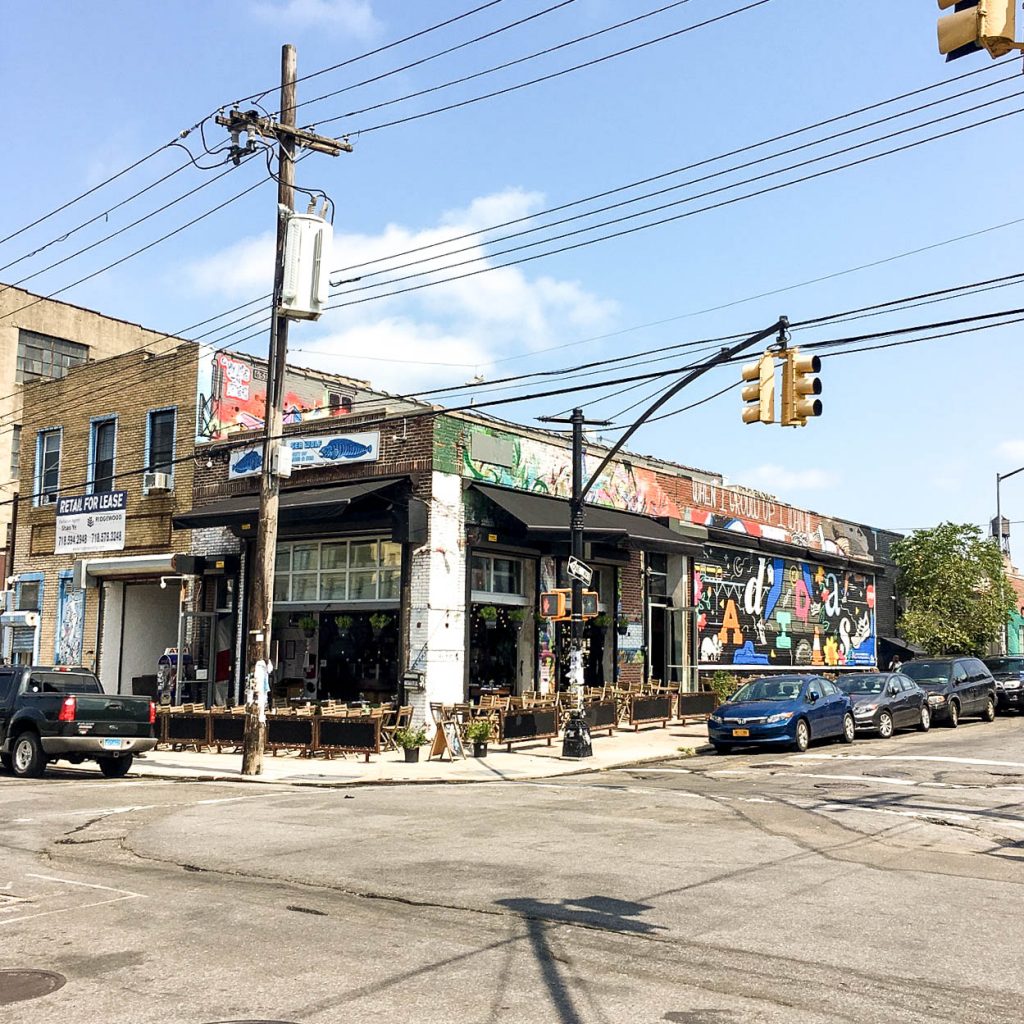 My first week of being my own boss was going pretty well, we had explored my favourite city in the sunshine, gone to a theme park, I got a new tattoo, physically bumped into Ron Perlman, drank coffee, beer and eaten bagels every day for a week – but sadly all good things must come to an end. It was our last night in our street art covered neighbourhood and I was feeling down about having to go back to reality.

We had had another long day squeezing as much in as possible walking from the East Village to Greenwich Village and back again before making our way back across the Hudson via the Brooklyn Bridge. Battling heat and tourists the whole day was chaotically brilliant, but also exhausting.

Slumping back on the sofa in our art covered loft with a beer it was a tough job convincing me to head out and make the most of last evening.We had been to most of the local eateries that offer vegan options with the exception of Sea Wolf; it seemed a shame to miss it off the list so I eventually peeled myself off the sofa and agreed I would go, as long as I didn’t have to shower or brush my hair.

Arriving to the busy little corner restaurant we were seated outside with only a small barrier which separated us from the bustling Brooklyn sidewalk. It was nice to watch the world go by below the streetlights and art. Sipping a beer, I felt sad that our trip was almost over and was plotting ways to stay forever. 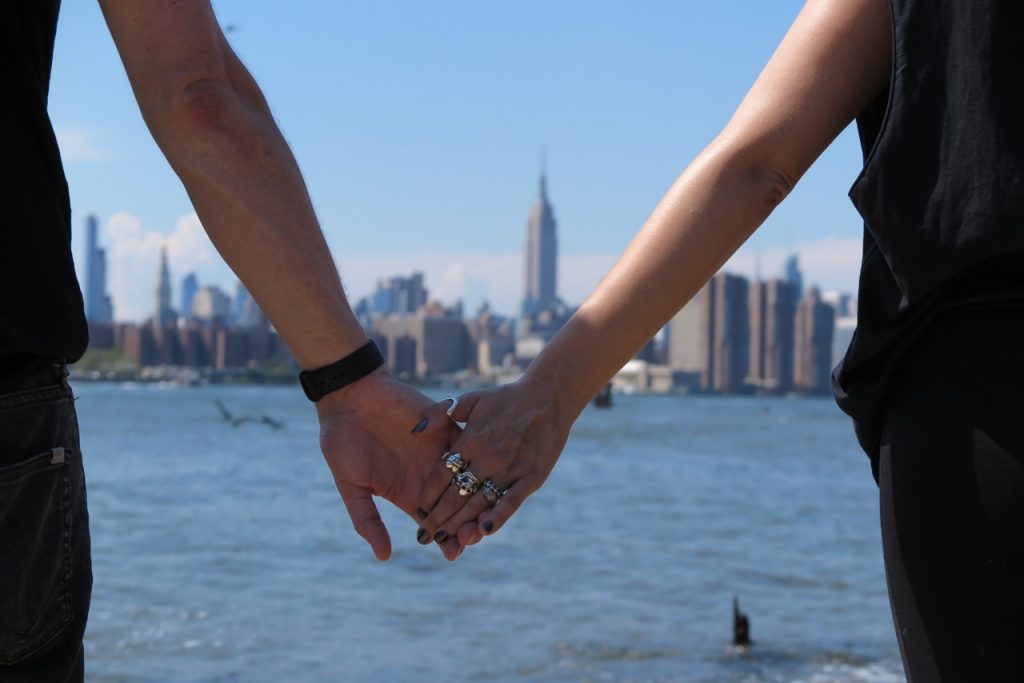 Pablo had been weirder (and sweatier) than normal on our final afternoon but I presumed it was because he was also dreading getting a flight back home the next day. After I took a beat from blabbing on about visas and green cards, he chimed in asking if there was anything else I would have liked to have done. I said “nah, it’s been pretty awesome trip”, then returned the question. His response was an unexpected one,

Well, there is one thing, next time I would like to come back as husband and wife

I was slightly taken aback but we have often speak frankly with one another and had brushed over the topic of marriage in the past, so it wasn’t a total surprise. It was not until he nervously thrust a ring in my direction that I realised that he was actually proposing. After that, I felt like I was in some sort of weird bubble, nervously giggling and me repeating,

Is this actually happening?

After about ten minutes of mindless rambling I said

Have I actually said yes yet?

He looked me dead in the eye and replied

I responded with “I mean, yeah, alright then”, which was met with a relieved, “Good”

After that we continued our low key meal, acting as normal as possible feeling like we had a secret no one else could guess. After paying the cheque we made our way to our favourite local bar, making a quick snog stop outside the subway station on the way.

On paper the proposal may seem pretty unremarkable, Pablo had plenty of other more ‘romantic’ places he could of popped the question: Central Park, one of the glorious sunsets over Manhattan, or Coney Island Ferris Wheel would have been more of a movie moment, but in classic Pablo fashion on all of those occasions he had forgotten the rings. This is so typically Pablo and one of the many reasons I love him and why we work as a couple. Pablo and I are both disastrous characters with good intentions, and honestly the fact the proposal was so totally random and unexpected made it even more special to me. 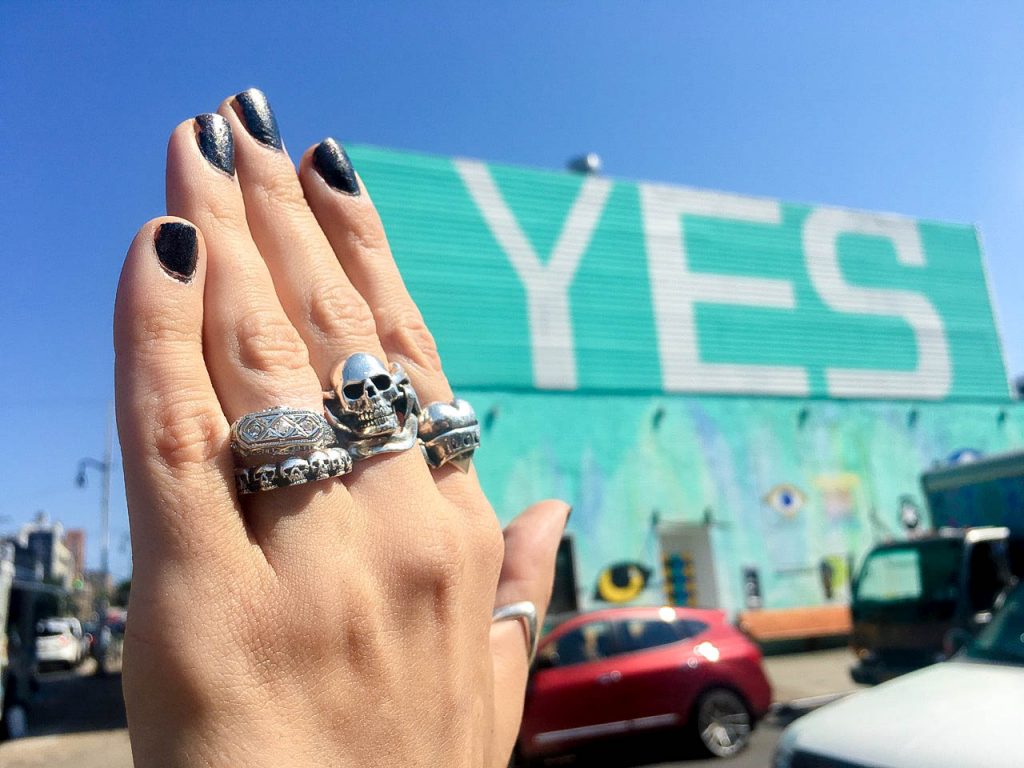 This is what EVERYONE wants to talk about and is the part of the proposal I have least interest in. If Pablo had given me the bobble that held his man bun in place instead of a ring I still would have said yes; saying you wanna hangout forever is way more important to me than a piece of metal.

In saying that I did get a ring, in fact I got two, because it wouldn’t be Pablo without being a little random. The first ring was one that Pablo bought for me back at Uni. When we broke up for a week I dramatically gave it back to him and he has held onto it for 8 years until the time was right to give it back.

The second ring was from my favourite jewellery store, The Great Frog, who (according to Pablo) were total life savers. He had only decided to propose a few days before we left for New York and as each ring is custom made they rushed it through the jewellers so I would have it on time.

Though they might not be flashy or expensive both rings are meaningful, which is much more important. 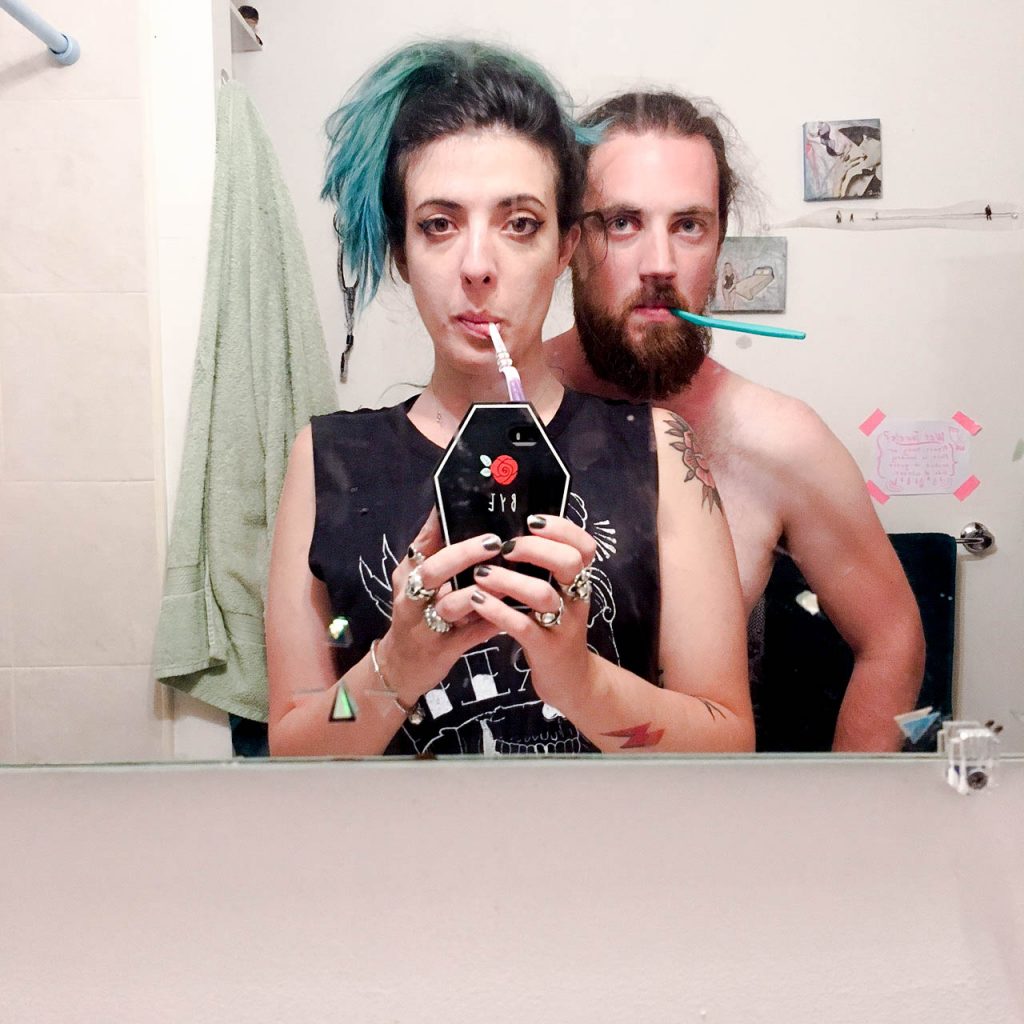 I never thought I would get married and don’t have a secret scrapbook of ideas, or even a Pinterest board, so I am starting at zero. Also, Pablo and I are crazy busy with our own businesses at the moment so I’m not starting looking at wedding stuff until the new year. The only thing I have done is order my subscription to Rock and Roll Bride Magazine, so don’t get your hat ready yet.

Neither of us are that bothered about an actual wedding and are just enjoying being engaged for now, I quite like being a fiancé, it makes me feel well fancy.

So, there’s the scoop on my imperfectly perfect proposal, it wasn’t traditional, well thought out, or flashy – but it was 100% the way we roll and have been for 10 solid years!

Why I Said Goodbye To London